why does binance want to loan my ada anyway 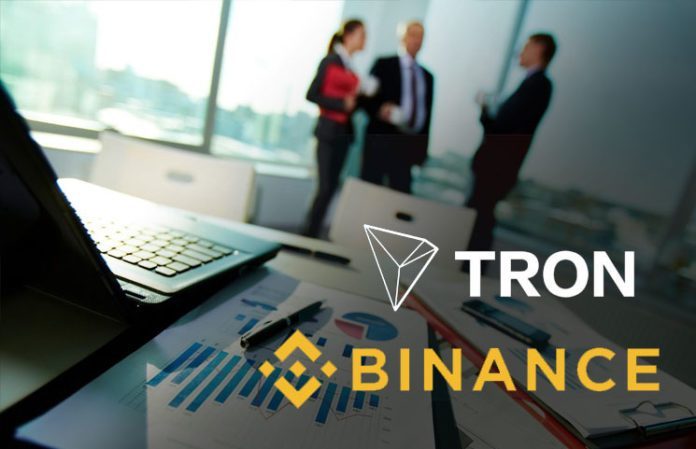 In an unprecedented move, the popular cryptocurrency exchange Binance has frozen 12 Billion TRX and voted itself into becoming the highest-ranked Super Representative (SR) on the Tron (TRX) network. Justin Sun congratulated the exchange via the...

Evidently Justin Sun believes this is a positive development that an entity voted themselves in thanks to their depositors tokens.

To me it seems wrong, just because you have tokens on a binance exchange doesn’t mean you want to vote and least of all for binance. Considering the percentage of votes they had i seriously doubt there was an opt in feature let alone an option for who to vote for, the fact that they are disbursing some rewards is irrelevant imho… even if TRON is all about the money… i see this as vote buying and paying it off with network rewards, if im reading this right then binance should be ashamed of this behaviour, i hope the market punishes them

so these tokens are now frozen meaning they can no longer be traded, so they’ve probably set aside a certain amount of tokens for their customers to trade in the mean time, or perhaps these are exactly the reason for locking up tokens in their token lending/interest payments scheme

if we as a community don’t force exchanges to use enterprise addresses by threatening not use their services due to lack of transparency then this will happen to cardano as well, very bad juju imho

if we as a community don’t force exchanges to use enterprise addresses by threatening not use their services due to lack of transparency then this will happen to cardano as well, very bad juju imho

Such a feature would offer a competitive advantage to exchanges who implement this feature over competing exchanges who do not. Those exchanges who don’t could try and counter this with a lending/interest scheme like binance but such a lending scheme can’t lock tokens for any period of time for it to be a viable alternative for ada holders and especially traders - who make up the bulk of ADA tokens at exchanges.

how beneficial would a lending/interest scheme without locking up tokens be for an exchange? i don’t know but it would certainly make it a far less attractive prospect for them, it could very well be the difference between making such a system profitable

but the main idea is that if users can stake from the exchange via an enterprise address then there is a much less ADA available for the exchange to stake themselves.

this could enable the exchange to still co-mingle funds and facilitate exchange services like trading, shorting and lending with their clients ADA, these enterprise addresses could work like a sidechain with its “firewall” feature providing a 1 to 1 in/out relationship with their equivalent tokens on the cardano SL