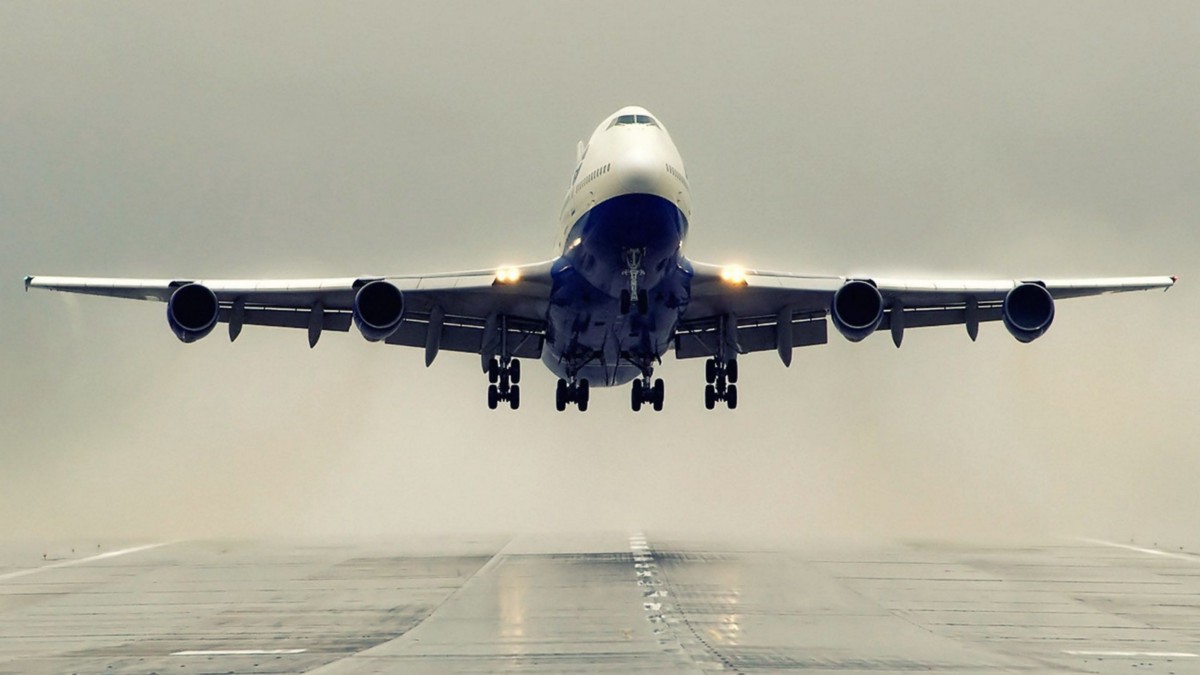 Cardano is the first project that bets on formal method development and building mission-critical projects. It takes a lot of time and…

A mission-critical software is used in aircraft.

Cardano is the first project that bets on formal method development and the team build it as a mission-critical project. It takes a lot of time and effort to build such a project. The team carefully researched other existing projects and all relevant studies, it cannot be afraid of experimenting and searching for the best approach in the real-world environment. The IOHK team had to find the best experts in the given fields and cooperate with them. The team must do research, write some studies, ask for critical reviews of studies they have written from competent people, write a piece of software following specifications and test it. It might sometimes happen that it is needed to throw away some piece of work or at least make corrections, learn from mistakes or start from the beginning in a different way. It cannot be done in a year or two.

We are used to always available the internet and all the services we use every day, for example, services provided by Facebook, Amazon or Google. The services mostly work fine and if not then they start working within a few hours. All these services are centralized and there are responsible administrators who are able to fix issues quickly and make the services available again for you. The services are owned by companies that make decisions about adding new features. Dedicated teams implement the features and update the source code as leaders or market research dictates. Economical model is simple. Company owners have server infrastructures, R&Ds, marketing, and sales departments. To pay for all that the services must be profitable. Do not be mistaken that you do not pay for some internet services. Services are not for free at all. These companies collect tons of information about us and then capitalize on it.

The business model of IT giants is simple.

Blockchain is a name for a public global distributed consensual network and there are significant differences in comparison with traditional services provided by famous IT giants. Let’s have a look at a few of them:

From the technological point of view, it is much harder to develop blockchain than common client-server protocol. The reasons are obvious. We know well how to design and create client-server protocols since we do that a few decades. For example, old mailing protocol SMTP was created during the 1970s. Moreover, there is mostly no problem with scalability and no requirement for decentralization. To create a new global service is a more social problem than a technical problem and start-ups strive a lot with adoption.

You can read our article describing the differences between databases and blockchain:

A Database is not a Blockchain

It is often said that blockchain is a slow and expensive database. Moreover, it does not scale well. So there is no… 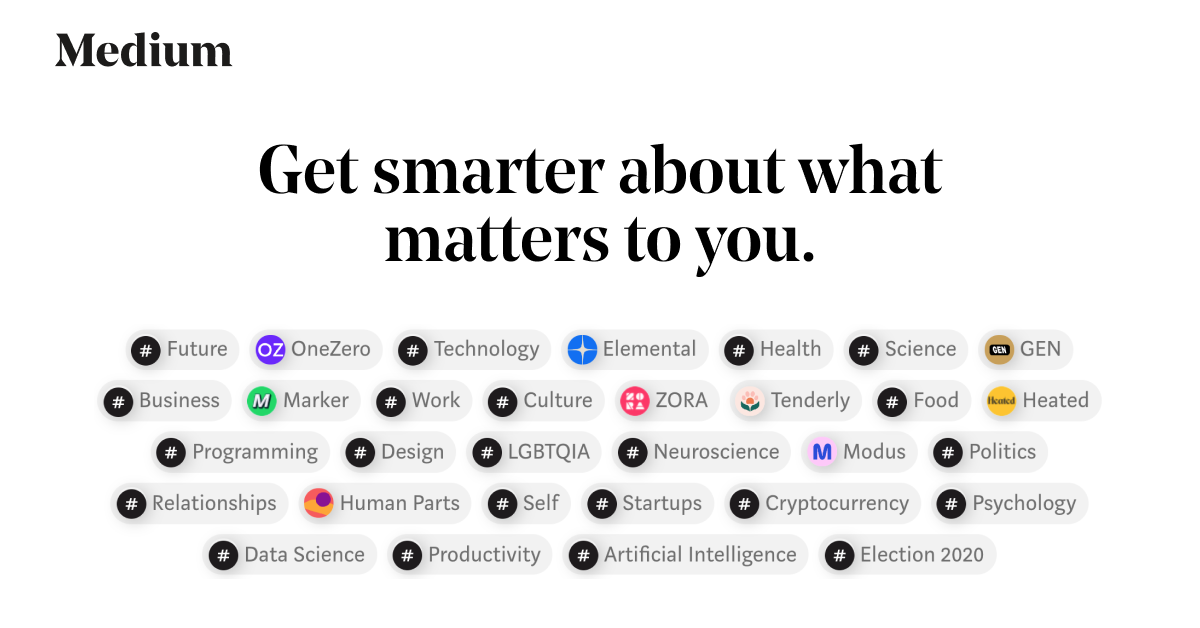 Medium – Get smarter about what matters to you.

Medium is not like any other platform on the internet. Our sole purpose is to help you find compelling ideas, knowledge, and perspectives. We don’t serve ads—we serve you, the curious reader who loves to learn new things. Medium is home to thousands...

Blockchain recently celebrated the first decade and did not meet with much attention at the beginning. We have not many experiences with building similar networks from the past. Of course, we have a few functional distributed networks. However, there is no global consensual distributed network with an economic model that would be used by masses.

At the moment, we can say that blockchain attracts attention but is not ready to serve people due to technological immaturity. If you have a critical look at the crypto-verse you will see PoW networks that were successfully attacked by famous 51% attacks. PoW networks are mostly slow and do not scale nearly at all. Only Bitcoin can be considered as a secure network but it is criticized by some people for troubles with decentralization. We also have networks using DPoS consensus algorithms. We have some projects that scale much better but their decentralization is limited due to the fact that only a given number of validating nodes can participate in proposing new blocks. We are at the beginning of the blockchain era. We need to build a decentralized, secure, and scalable blockchain and we must see it running for a few years without troubles. Moreover, it is not only about blockchain itself but also about useful functionalities and solving real issues. People will not adopt blockchain just for the fact that it exists. People adopt functionality or services, not the technology behind it.

Can we do that in a digital form? Then people will use it. Smart contracts are the future.

Cardano is built as a mission-critical system

Cardano is the first blockchain project that realized the full complexity of the blockchain creation. Thus the project is developed from a scientific philosophy. It is designed and built by a global team of leading academics and engineers. In addition, thought and care from some of the leading experts in their fields have been devoted to the project. The scientific rigor applied to mission-critical systems such as aerospace and banking has been used to build Cardano, with a high assurance implementation.

It is not easy to build blockchain and a bunch of average programmers cannot do it in expected high quality. It is necessary to put together experts to cryptography, software security, distributed networking, threat modeling, protocol design, game theory, operating systems, economy, and of course, software architects and programmers. In the case of Cardano, there are also smart contracts so other experts for designing programming languages are needed. Moreover, the Cardano approach requires experts for formal method development and there are not many knowledgeable people. As you can see, there must be many experts involved in the project and do not forget that the project is global. To make it works a few great team leaders are also needed.

What is a mission-critical system

For IT giants their databases and servers might be considered as mission-critical systems. Thus they build and infrastructures that are able to keep working without interruptions in cases when the network is under attack, some server crashes, database crases, there is power shortage or some hardware issue. There are usually more locations with servers and databases in such infrastructures. When some location is completely cut off for any reason the other is able to take over the service. Users do not notice anything.

In the context of blockchain, we talk about the public network for people maintained by people. Cryptocurrencies want to gradually replace the current financial system, give freedom to people and allow them to rely on blockchain technologies. If blockchain would fail and some data would be permanently lost then some people could lose everything. In some cases, people could be fully reliable on blockchain and if their possessions are kept in a blockchain then we can consider it as a mission-critical system.

So public blockchain cannot be interrupted under any circumstance and must be able to come to a consensus at regular intervals. Any interruption might result in situations when people will not be able to pay for something, prove something, get somewhere, do something, etc.

Cardano is to be a world financial operating system so it deserves to be built as a mission-critical system from scratch. The project strives for billion users so it must be reliable from the beginning. It makes no sense to create a blockchain quickly, wait for adoption and if it comes then try to improve the protocol.

Formal method development is a way how to build software with a focus on its reliability. It is a method helping to build mission-critical systems. Using the formal method is not usual in business nowadays since the development of such systems is very slow in comparison with the usual approach of commercial IT companies. They often need to deliver something, try it and after that improve it. It is mostly due to high competition in the market.

The formal methods approach is also very expensive. Not only due to the time needed for delivery but also due to the scientific and mathematical nature that requires to hire experts with appropriate education or experience. Moreover, there is a lack of support tools for formal method development and verification.

To put it simply, formal method development is a particular kind of mathematically based techniques for writing specification, development, and verification of the result — the created software. The motivation to use the formal method is the expectation that mathematical analysis or modeling can significantly contribute to the reliability, and robustness of a design and specifications that are later used for writing software. In case that the design, based on math and modeling, is correct and the software is written strictly following the design then there is a high probability that the software behaves as it is expected by authors and also by users.

In other words, formal methods are used to provide a precise and detailed description of the system that is to be developed. The description or design is often prepared by researches or scientists and it is used by software architects and programmers for guiding further software development. Additionally, it is used for the verification process. When the software is created it must be verifiable that it fulfills all requirements completely and accurately. The design must be written in a way that programmers are able to understand it, write the code by that and finally verify it. For that, a formal language with a precise and unambiguously defined syntax and semantics can be used. Scientists and programmers must understand each other and there cannot be much space for communication noise.

If we simplify it there are three major steps in the process:

IOHK uses formal specifications that allow them to verify that the final code is in line with what the researchers initially envisaged in their publications. By creating implementation-independent specifications, they can build components of the system using different languages and be confident that they will work together.

It is worth to note that IOHK decided to use programming language Haskell what is a great pick for the project driven by the formal methods since it can be easily verified that the code does what is expected by specifications.

There are many other specifications for every part of the project, for example, Ouroboros PoS, wallet, UTXO model, etc. The team, as the first one, formalized Bitcoin PoW to ensure that it is really secure. After that, it was easy to mathematically prove that Ouroboros PoS is as secure as Bitcoin PoW.

Building a mission-critical project takes time and criticism for waiting too long for delivery is not appropriate. Building high-quality software takes time and Cardano put the level even higher and the IOHK team decided to use the formal methods. All that had to be done from scratch and Charles managed to find many great scientists and experts.

Cardano will be ready for real business in 2020. It will be secure, decentralized and much better scalable than competitors. In 2021 we can expect even better scalability (Basho phase) and governance (Voltaire phase). However, if everything goes well there should not be a need to improve or fix what is already delivered. Thanks to that, Cardano can have a competitive edge.

If you like our articles, you can support us with some donation:
[ADA] DdzFFzCqrhseNP1C9XEs1MA82rgnVZwNpeiNCbLxrJfRzwaceXB9VYqPFYyRrYegc67SERjcQ1xvwB6jryp5vgGUf1cvzbeZP2a92tQe