IOHK released a couple of tutorials and an overview of their Cardano Rust project, so i thought i’d share them here for those who haven’t seen the video tutorials yet.

In this video, IOHK CEO Charles Hoskinson talks about the inspirations and the development process behind the Cardano Rust project.

Lars Brünjes introduces the Cardano Rust API and the CLI wallet for the blockchain. The fast, lightweight Rust language can be used to develop mobile apps for the Cardano blockchain. It complements Haskell, the core language for Cardano.

The Cardano Rust project has created a toolbox of Cardano’s cryptographic primitives for third-party developers written in the Rust programming language.

It is IOHK’s first open source project, providing a library of wallet and node functions – and a wallet for Ada, the most precisely engineered cryptocurrency yet. IOHK’s engineers aim to open up Cardano to more developers with an open source library and encourage the worldwide community to build up this resource. Rust is a lightweight, portable and ‘blazingly fast’ language. It compiles to the web, iOS and Android, platforms that are popular with many third-party developers.

The Cardano Rust Project sits alongside the Haskell-based Cardano settlement layer as an open source sandbox for developers who want to build and integrate their own apps, including products for mobile devices. With the command line interface wallet is a development kit. The repository is open and the aim is for the project (known internally as Prometheus) to develop into a thriving community.

In time, the Cardano Rust project will become open to many more developers as programming languages are added in addition to Rust. There will be regular updates as the project progresses.

In summary, this open source library opens up the Cardano blockchain to a wider range of third parties. They will be able to build wallet applications, integrate new or existing products into the platform and speed up the decentralisation of the Cardano system.

How to install Cardano CLI wallet and Get Started

In this tutorial, Lars Brünjes installs the Rust CLI for the Cardano blockchain and demonstrates how to get started.

A Whirlwind Tour of Cardano Rust

In this tutorial, Lars Brünjes takes you on a quick tour of the Cardano Rust tool library. This provides an API to the blockchain and the Cardano CLI tool is really just a thin wrapper around this library.

In this tutorial, Alejandro Garcia creates a new wallet, sending and receiving ADAs, and recovering an old wallet, using the Rust CLI.

Building a Complicated Transaction by Hand

Here is the mind map of this excellent tutorial for Cardano CLI. Have fun. 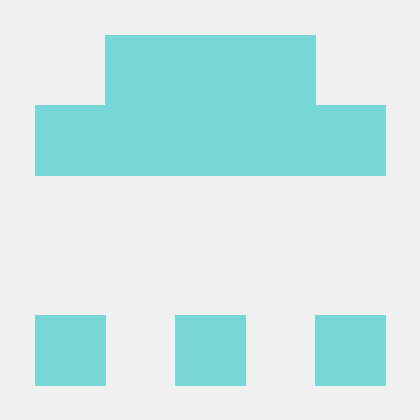 Mindmap of Rust Cardano CLI. Contribute to ItFlyingStart/Rust-Cardano-CLI development by creating an account on GitHub.

I would like to know if the rust project is going to be continued, I really like the language and it seems to me to have a promising future in cases such as blockchain. But the last update on the repository was Feb 20 2020