Why did IOG choose Haskell to build Cardano?

The IOG team carefully decided which programming language and tools to use for Cardano development. In the end, they chose Haskell. The team must be able to formally verify that everything written in the white papers will correspond correctly with the source code. Come read about how the team transforms the mathematical proofs from the white papers into Haskell source code.

The team must be able to formally verify that everything written in the white papers will correspond correctly with the source code.

As already with the last article

Why does IOG use formal methods to build Cardano? Education

The IOG team utilizes formal methods in Cardano’s development process. Formal methods are a set of mathematical techniques used to ensure the correctness and reliability of software. They are based on formal logic and mathematical proofs and are intended to provide a high level of confidence in the software’s behavior. Come and read how Cardano is being built. TLDR By using mathematical proofs the risk of bugs and vulnerabilities is greatly reduced. Using formal methods enables the creation o…

I would not use this point in marketing too prominently, if it has not been done.

There are no formal verifications of the source code to be found.

It is not documented how the peer-reviewed papers are implemented in detail by the real-world Cardano system. (In addition to the fact that academic peer review is also not as high a standard as many non-academic proponents of Cardano seem to believe.)

More humbleness would be great.

As far as I know, one of the key developers (the wizard) talked about critical parts being created through formal methods. Of course, this doesn’t apply to all parts of the project, as it would take too long to finish the development. On GitHub, you can find formal specifications for at least some parts of the project. I did not check all repositories. 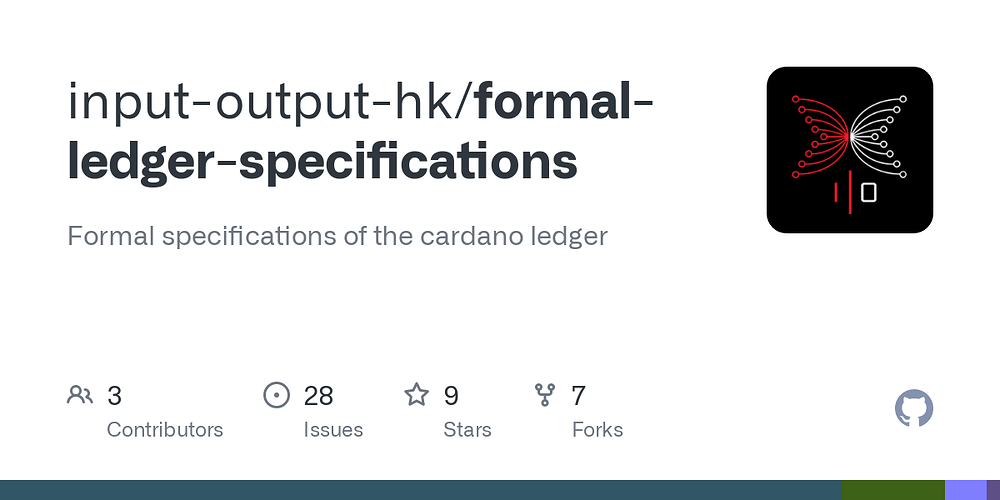 Formal specifications of the cardano ledger. Contribute to input-output-hk/formal-ledger-specifications development by creating an account on GitHub.