We would be using this medium to announce our new Project Bashoswap!

Utilising the Power of the Cardano Blockchain to enable swift and seamless trades with Less hassle, No KYC, minimize risk & maximize profits.

Why Are We Building On Cardano?

Cardano a 3rd generation blockchain based on peer-reviewed research, offering functionalities not seen on other smart contract blockchains.

We will be releasing the first version of our whitepaper in the coming days.

We are also hiring!

Are you a developer with knowledge in the following fields?

Send An Email to careers@bashoswap.finance

Bashoswap — how did it all start? What Inspired This project?

ne of the reasons Bashoswap, a decentralized exchange being developed on Cardano was launched was because of the need to have a scalable medium of exchange of Cardano Native Tokens in a trustless manner.

The Team behind Bashoswap project, has has years of experience spanning above five years of building and developing Financial products.

Our Story is just beginning and as such we have realised the huge potential behind this project and as well as an equally proportional complex and demanding challenge which needs to be made — developing a decentralized exchange on Cardano.

One thing we are sure of is that there are a lot of unknowns and yet-to-be-discovered grounds in the Cardano ecosystem currently which puts the team at an advantaged position as we are brainstorming about logics that have not yet been functioning on Cardano.

We will be taking a careful yet swift approach to our development plans to be able to ship out a working & scalable Dex in a turnaround time of 90 days or Less.

We also will be having some exciting announcements to make over the next coming weeks:

We’re deeply committed to ensuring that our project is community oriented .

Keep in touch with our project to gain more insight into the development progress! 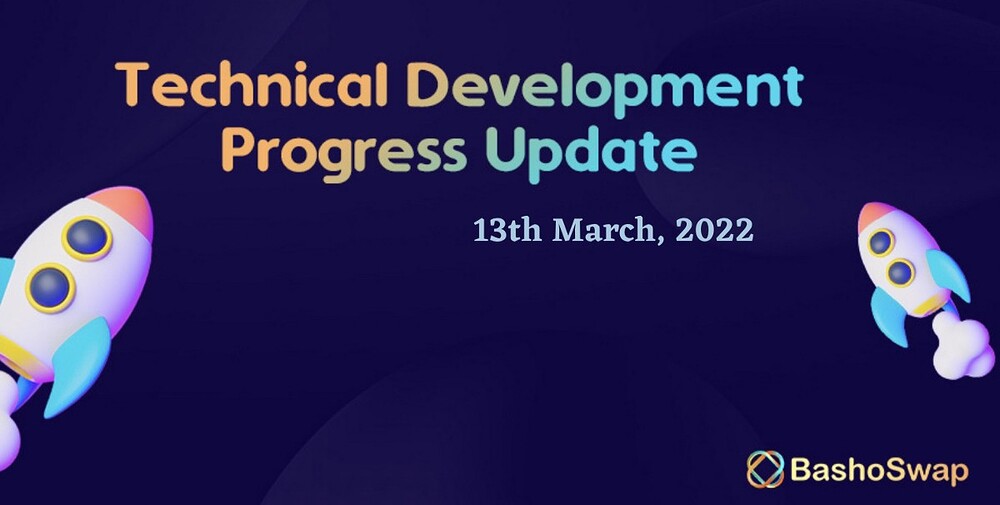 As We Propose Bashoswap Non Batching AMM DEX On Cardano