The incentive mechanism of the public decentralized network is a complex topic. It is necessary to find a balance between the best…

The incentive mechanism of the public decentralized network is a complex topic. It is necessary to find a balance between the best interest of the network and the interest of stakeholders. Let’s dive into Cardano pledging.

The balance between the network and stakeholder interests

Network and stakeholders have their interests and the conditions must be designed in a way that the needs of both are satisfied. In the following article, we have described an economic and incentive model of Cardano Proof-of-Stake (PoS). We recommend reading it to understand all details, namely rewarding mechanism:

The decentralized public network is based on its economic and incentive model. This model is embedded in the network consensus and has a…

Nodes of pool operators participate in the network consensus. A pool can be considered as a base unit of consensus power. The power of a single pool is determined by the stake. The stake is a sum that consists of ADA coins of the pool operator and stakeholders. Stakeholders can independently choose to which pool they delegate ADA coins. Thus, stakeholders can directly increase or decrease the consensus power of a pool. Remember, when stakeholders delegate coins to a pool then they can be called delegators. Stakeholders will act in their best interest so they are motivated to choose a pool that performs well and provide them with the best possible reward. Such a pool must act in the best interest of the network. Stakeholders are expected to take care of rewards so they will guard the honest behavior of pools.

The Cardano network produces blocks in a regular interval. The timeline is split into epochs. The epoch is split into slots. The slot is the smallest time period. The network determines the slot leaders that have the right to produce a block within a slot. If a pool succeeds then it is rewarded by the network. At the end of each epoch, the reward is distributed to both the pool operators and stakeholders. The network rewards participants based on their stakes and conditions that are valid and immutable during a given epoch.

Rewarding is based on the following key principles:

The most important interest of the Cardano PoS is security and decentralization. They rely on the distribution of ADA coins. Holders of ADA coins are called stakeholders as they have a stake in the network and can control the PoS consensus. There are a lot of smaller stakeholders having a minor amount of ADA coins and whales having a bigger stake. The amount of stake determines the consensus power and there are people that will have a lot of influence over the network.

There is a link between ADA coins and the Cardano network. ADA will sustain the value only if the Cardano network operates smoothly. Every holder of ADA relies on the Cardano network and has skin in the game. It is fine that whales have bigger network consensus power since they are more motivated to behave honestly. In case they would act against the interest of the network their wealth loses value. On the other hand, it is always dangerous when one entity has significant control over consensus and it is necessary to decrease the influence. Security substantially depends on the quality of decentralization. The decentralized network can never be considered secure when a few whales have significant consensus control. In the real-world, wealthy people strive to acquire bigger control since the control brings money and power. If they can acquire control through the money they will do it. It is just a matter of fact and it must be taken into account.

The network cannot control who buys and owns ADA coins in the real world. A whale might have a huge amount of coins on a single address. What the network can do is to economically motivate the owner to split the amount into smaller parts. The splitting of the big amount of ADA can decrease the control over consensus.

What is a pledge

The network is responsible for rewarding and it can take into account details related to pools. Pool operators can pledge personal ADA coins when their pools are registered. The pledged amount can be changed per epoch. When an epoch is in progress, the pledge is locked. When a pool is closed the pledge is returned to the operator.

The pledge represents the skin in the game of pool operators. ADA coins have real value that can be expressed in fiat money. Thus the pool operator is distracted from cheating. What is important here is the effect of the pledge on rewards. There is no pledge minimum or maximum. Everybody can register and operate a pool in the Cardano ecosystem. So providing operators’ pledge is optional. However, the more ADA is pledged the higher reward can be received. So pools with higher pledge will be more attractive for stakeholders that will want to maximize their profit.

There is a good reason for pledging from the network’s perspective. Pledging mechanism prevents the network against Sybil attacks. Imagine that a pool operator with a little pledge could register a huge amount of pools and would be able to attract many delegators to his pools. Thus, the overall consensus power would be significant without its own skin in the game. The operator could act dishonestly and try to commit a double-spend attack, create forks, censor transactions, etc. Pledging mechanism prevents that.

A pool operator can pledge their own ADA coins or coins of friends. It is possible and fair behavior. There is, however, another catch. Imagine the situation that the pool operator would ask people on the internet to send him ADA coins for pledging. The operator could promise to return them a higher reward than they could have through regular delegation. Here again, the operator has little personal skin in the game. To prevent that, stakeholders should delegate ADA coins from their wallets and never send coins to somebody else. Exchanges are also the enemies of decentralization. Stakeholders have the decentralization in their hands and should keep their private keys.

There is also no pledge maximum. A wealthy operator can pledge coins up to the point of saturation (or even above, but it would not be smart) and by that maximize the reward. Such a pool is not attractive for stakeholders and the operator is not interested in it. Only a few operators will be able to do that. The majority of them will try to find a balance between pledging and attracting stakeholders.

Remember, that the network rewards pools for good performance. The stake size determines the number of chances that a pool can get to produce blocks. A pool before not far from the saturation point will get more chances than a small pool with a little stake. When a pool is to produce a block in a given slot and it fails to do so regularly then there is no or little reward. Again, when there is no or little reward then stakeholders might decide to delegate their coins to another pool.

Most pool operators will strive to attract delegators. The attractivity depends on these elements:

By pledging more and performing well, the pool operator can set a higher operator margin while still being attractive to delegators. Delegators will look at their reward and compare available options.

There is always an effort and cost behind operating a pool. Pool operators should be rewarded for their work so they need to set the operator margin. Low or no margin might be suspicious. It might be attractive for delegators to maximize their own profit and choose a pool with no margin but think twice before you do so. Only well-rewarded operators can do their job well.

How to configure the pledge

The pledging is a parameter and its influence can be configured. The pledge parameter can be adjusted over time. The team will have to decide how to set it before the main-net will be launched. Actually, there are more such parameters, for example, a parameter that will determine the desired number of pools.

How to configure the pledge parameter? It is not an easy question and it can be difficult to find the balance between interests of the network and pool operators. When pledging has a significant effect on the rewards then a pool operator needs to have a higher amount of ADA coins to start operating a pool and have a chance to attract delegators. This setting prevents Sybil attacks but unfortunately also the decentralization. To support decentralization, the pledging effect should not be so influential. Thus operators with a little stake could join the network and operate a pool.

What is more important? Security or decentralization? The pledging parameter can determine that. The volatility of ADA coins does not help much here. Pool operators need to buy coins on the market and during a bull market, the price of ADA can go up 25x in a short period of time. It is probably smart to make the calculation with the current market price and potentially change it in the future if the price finds and keeps a new price level. Another complication is the geography. People from western countries are usually richer than people in developing countries. How to deal with that? We could tend to set the influence of the pledging parameter to lower just to support poor countries. As we said, we should still think about security.

There are a bunch of great articles and videos related to the topic. You can find the list below. Do not hesitate to contact us to add your work to the list:

The great analysis made by Umed Saidov: 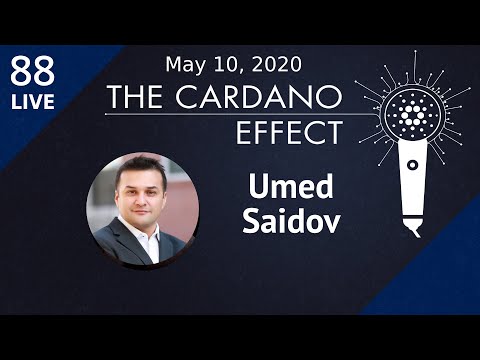 The great video about the topic made by @dennyb2010 in his The Cardano Community Podcast: 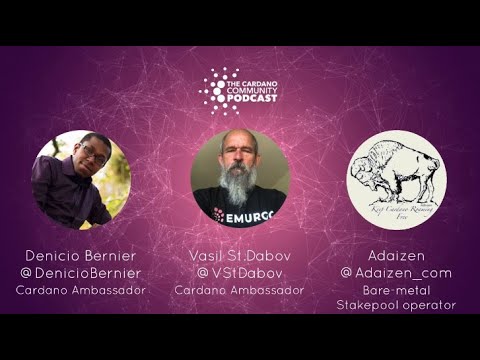 The great explanation by @SebastienGllmt Emurgo):

I see lots of discussion about the pledge in Cardano recently. Just a reminder that it only takes about 1hr40 to go over all the results of the initial incentive paper youtube.com/watch?v=2pdkIX…
5 Likes
poolPledge
Adding more ADA to a stake address
dennyb2010 16 May 2020 06:35 #2