When will a binary build of version 1.25.1 become available at https://hydra.iohk.io/job/Cardano/cardano-node/cardano-node-linux?

Version 1.25.0 is available in binary version, but the guild scripts require version 1.25.1 and now my topology file is not updated as long as I haven’t rebuild the node from source, which takes a long time…

Will there be a point where the cardano-node automatically discovers relays to connect to and vice versa? 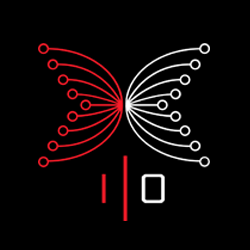 the tarball contains everything including the cardano-node.
They indicate which node version the wallet is compatible with… (the latest now is Compatible with 1.25.1)

Thanks for your response.

I now build the cardano-node from source using the ghc-8.10, so for now I’m fine. I noticed the 1.25.1 release of the cardano-node on Releases · input-output-hk/cardano-node · GitHub was not signed off yet by Ops, so maybe that’s why the binary is not available yet.

interesting - thanks for mentioning this… I will ask them why this version ghc is being used.

Hi! by default links to the binaries provided on the github page of the node: But if those links not pointing to the latest version of cardano node, then go to the releases tab and there click on the commit of the latest version (2531289) [Screenshot from 2021-04-28 14-30-58] then open the Checks dialog and click on the details of ci/hydra-build:required [Screenshot from 2021-04-28 14-29-42] this will redirect to hydra site where you can find the binaries under constituents tab [Screens…

Thanks! That helps a lot!