Myth busting: Cardano is not a “rich get richer” scheme

Proponents of PoW argue that the PoS consensus centralizes power in the hands of the rich. They literally say “rich get richer”. The rich supposedly can stake their wealth and because they get rewarded, they centralize the network. You might be surprised to learn that Bitcoin suffers from the very same problem and even more so than Cardano.

Opportunity to get involved

I’ll try to convince you that the “rich get richer” argument applies mainly to PoW networks like Bitcoin. We will evaluate the cost of entry, the risk associated with the business, decentralization, and security, but most importantly whose wealth grows faster, the poor or the rich.

PoW mining requires high input costs. Antminer S19 costs 5-10k USD. Antminer S19 series is probably the best model on the market for bitcoin mining at the moment. Poor participants may not have the money to acquire this ASIC miner and will have to reach for a cheaper option. However, this puts him at a disadvantage right from the start as cheaper devices are also less efficient. Thus, the rich have a clear advantage when entering the business.

Cardano does not differentiate between rich and poor participants when entering the business. Everyone has to pay a refundable deposit of 2 ADA and 0.17 as a fee. It doesn’t matter if the participant stacks 20,000 ADA or 2,000,000 ADA. Even a very poor participant with 100 USD can join the staking. No additional expenses are required for staking. Not so with mining, where participants have to pay for energy costs, room for miners, cooling, and more.

Mining is a risky business as energy prices are volatile, especially at this time. Moreover, prices vary from country to country, so in some places, mining is not profitable at all. It is much more profitable to engage in mining where energy is cheap. It is easier for the rich to migrate to a better place. The poor can’t if they want to run the miner themselves and not give up control of the hash rate. This is another advantage for the rich. Those who live in a place with expensive energy are out of luck.

Another advantage for the rich is the economy of scale. While a poor participant with 10K USD can buy 1 ASIC miner, a rich one can buy 200 miners for 1M USD. However, a rich participant can easily negotiate a discount, so in reality, he can have for example 220 miners. He gets 20 miners for essentially free thanks to the large order discount. The same can be applied to energy suppliers or pool operators, where large customers are more likely to negotiate a financial advantage.

In the case of the Cardano protocol, no one has any chance to gain any advantage, as everything is done on-chain. There is no one to negotiate a discount with. Everyone has to pay the market price for ADA coins everywhere in the world.

In terms of decentralization, Cardano clearly wins over Bitcoin as it is more inclusive and the rich do not have a chance to gain a competitive advantage due to its wealth. The upfront costs for staking are significantly lower and there is no need to pay additional costs on an ongoing basis. Mining requires a high upfront cost, plus there are operational costs to pay. Mining is thus riskier and the rich are more likely to overcome short-term difficulties. The miners compete with each other and the smaller or less efficient ones have to leave the business. This has a negative effect on decentralization as the rich squeeze out the poor.

Mining is directly dependent on the value of BTC coins, so the business is riskier as participants have to cover the energy costs. There is a risk of the participant running into losses. With staking, this risk is not present. The declining value of the coins is unpleasant for all participants, but for stakers, it is not a reason to quit staking. If the network is able to retain poor participants, it also maintains decentralization and security.

Mining is only for the rich. Staking is for everyone. Rich miners have the advantage of economy of scale. Rich and poor stakers have the same conditions for entering and staying in business. ADA holders are not in direct competition with each other. Once you hold a certain number of ADA coins, no one can drive you out of business.

It’s more complicated from a security perspective. Some argue that staking rewards are “for free” and that paying ongoing energy costs is a necessity. What stakers do is that they hold the coin, i.e. part of the distribution of decision-making power. The protocol generates value through its utility and distributes the profit among the coin holders. It is important to note that the cost of running a PoS network is about 99% lower.

Security is closely related to decentralization, so if mining is only for the rich, security logically decreases with decentralization. PoW is definitely an interesting concept in terms of the immutability of the ledger. PoS can do this too, but I recognize that the need to consume a physical resource can be advantageous. However, in the context of the article, it is still the case that the rich are better positioned to keep the business and be rewarded. Nakamoto’s coefficient tends to decrease in the long term.

It is advantageous for the network to be maintained by a large number of poor participants. The problem is rich participants as they centralize the network.

PoW proponents argue that if the rich staker does not take the profit and reuses the coins earned as a reward for staking, his influence in the network grows. This is true, but it is also true for rich participants in PoW networks. What is important is whether poor participants get rich as fast as rich participants or slower (which would be negative). In other words, the rich and the poor should ideally have an equally fair position. If the rich can drive the poor out of business, we are returning to a centralized world where the rich rule.

Participants can keep the reward and reinvest it in staking or mining. In this respect, PoS and PoW are the same.

In Bitcoin networks, participants have to keep their rewards aside for a long time without being able to use them, whereas with Cardano they can use them immediately. This is a crucial difference.

If there are 1 rich and 1000 poor stakers in the Cardano network, the distribution of power will not change in a year. The rich will get 1,000,000 ADA, which is the same amount that the 1,000 poor stakers will get together. They can all use the rewards again for staking. This is not true for PoW mining. 1,000 poor participants cannot expand their business in a year, while the rich can by at least 25%. The rich participant gets increasingly larger rewards and thus centralizes power.

Rich participants will always have a share in each network. Both mining and staking is a business that should be profitable, as it motivates people to get involved in running networks. It is an investment for the poor and the rich. It is important that the poor can participate in this business and that the rich do not have the chance to displace them. In this respect, PoS is fairer than PoW, as the poor can keep their share in the long term.

It is strange that PoW proponents only talk about the benefits associated with energy consumption and connection to the physical world, yet this very dependency is gradually leading to greater network centralization. This is a major disadvantage. PoW is an excellent consensus for securing the ledger against rewriting history, but it is very disadvantageous in terms of decentralization and long-term economic sustainability. Rich participants have an incomparably greater advantage than poor ones, and this is mainly due to the economy of scale and the fact that benefits can be obtained off-chain.

No consensus, not even PoS, can prevent the existence of rich participants. What is most important from our perspective is that the rich do not have a disproportionate power to drive the poor out of business and that everyone has a level playing field. Staking on Cardano’s network is financially affordable for the poor and the rich. 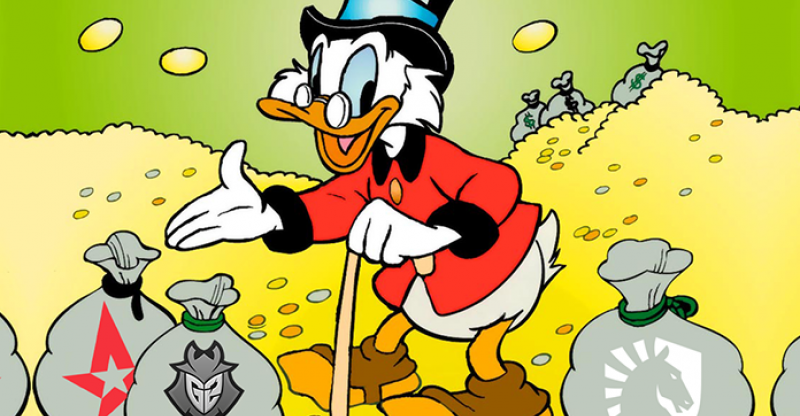 Myth busting: Cardano is not a “rich get richer” scheme | cexplorer.io

Proponents of PoW argue that the PoS consensus centralizes power in the hands of the rich. They literally say

Ah, found the “rich get richer” article. … Also here, I totally agree that Bitcoin is not better in any way.

That’s not better than traditional financial systems. It describes the exact problem of traditional financial systems. The exact same – supposedly “fair” – 5% are a quite meaningless drop in the bucket if they are 5% of 1000 ADA and can cover your cost of living without the need to work anymore if they are 5% of 10 million ADA.

As in the other thread: It’s maybe not the purpose of a monetary system to counter/repair that, but then it should also not be claimed that it does.

It’s the purpose of societies/nation states/governments to counter/repair that, to take away from the more or less ultra-rich, so that the rest can thrive … or at least survive.