No change in behavior. 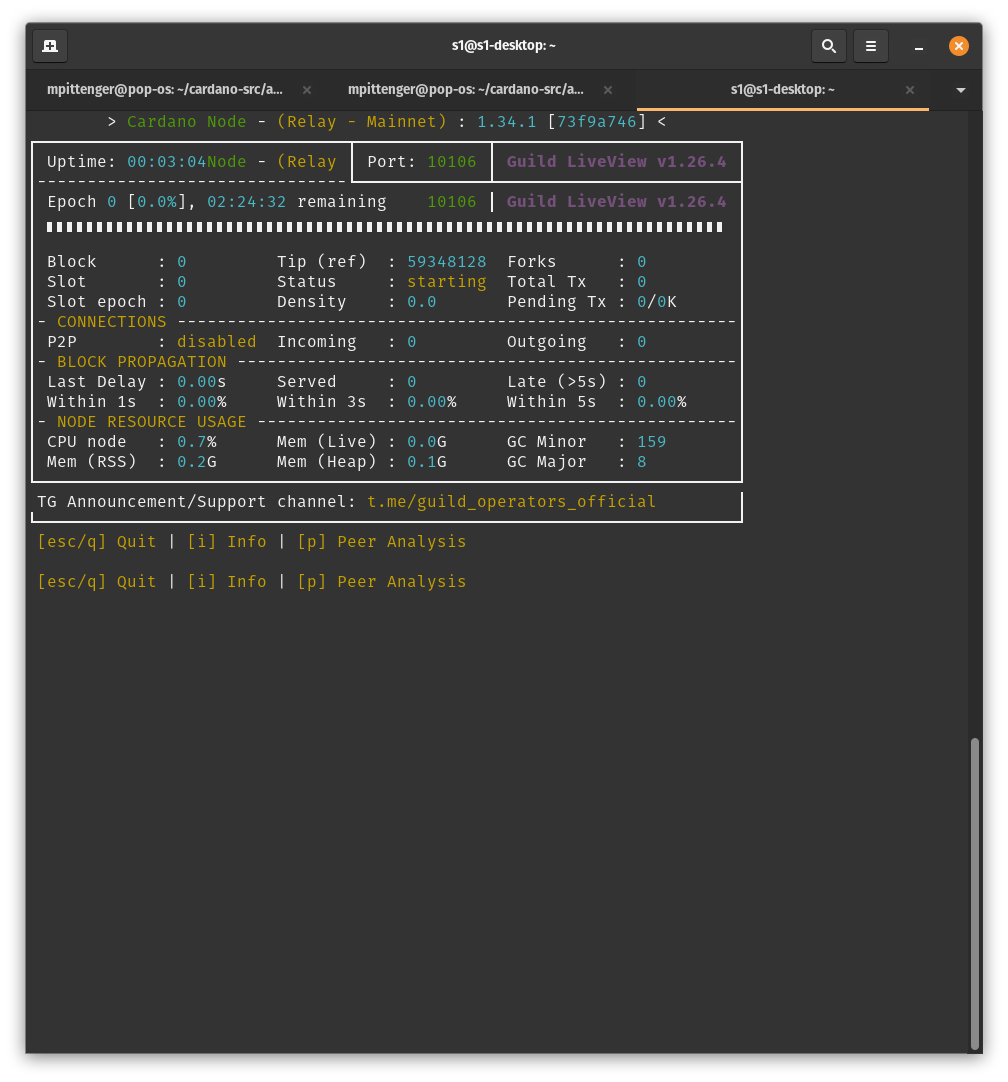 ok, if u type journalctl -e -f -u cnode do u see any errors after u restarted the node?

For reference I have also tried doing a mv db db_backup; mkdir db and rebooting. I am getting the same problem. gLiveView stays on starting eternally with next to no cpu or ram usage. 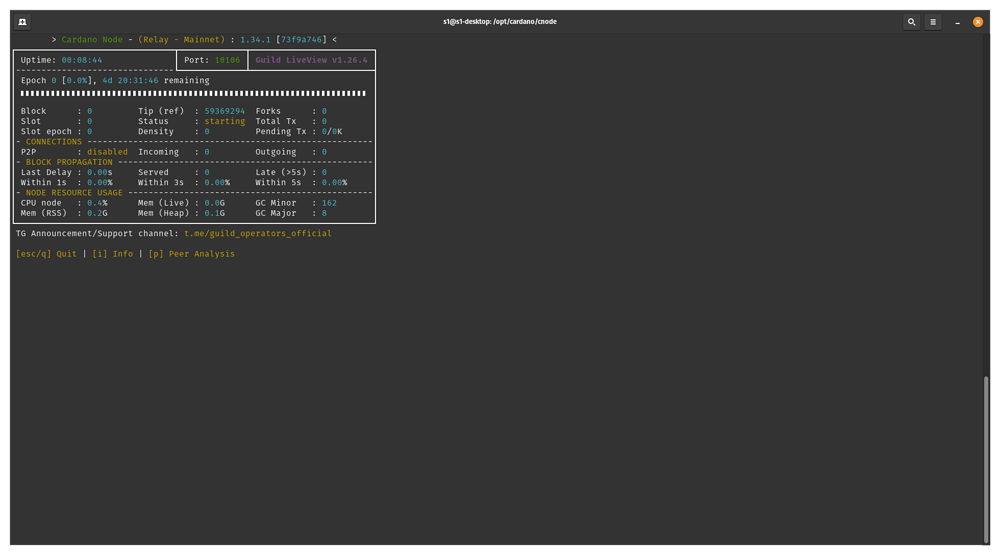 Pretty sure I found my problem. Just to test things, I pulled the default topology.json file down and rebooted. gLive shows the cnode started syncing immediately.
The port that cnode uses on my BP is 10106, in the topology file it was 10110. Would that be the source of my problem?

Note:
I know that I have shared username and ports on this forum. I am planning that once I have this working to change both of those.

nope, the port from topology file is the port used by the remote server (Relay)

So the breakdown is in the relay/producer commo. When I get home I will posted the topology files for both. Anything else obvious to check?

you should check also the Relay if is running and it is fully sync before to connect your Producer.

Got it. That was likely the issue. I will let the block producer resync and then give that a shot and report back. Thank you so much for your time Alex, you have been amazingly helpful!

Apparently, it just took a while for the relay to come up. I’m not used to it taking more than 2 minutes for gLive to pick it up. I am going to reboot both the block producer and relay and wait 15 minutes and see if they come up healthy. 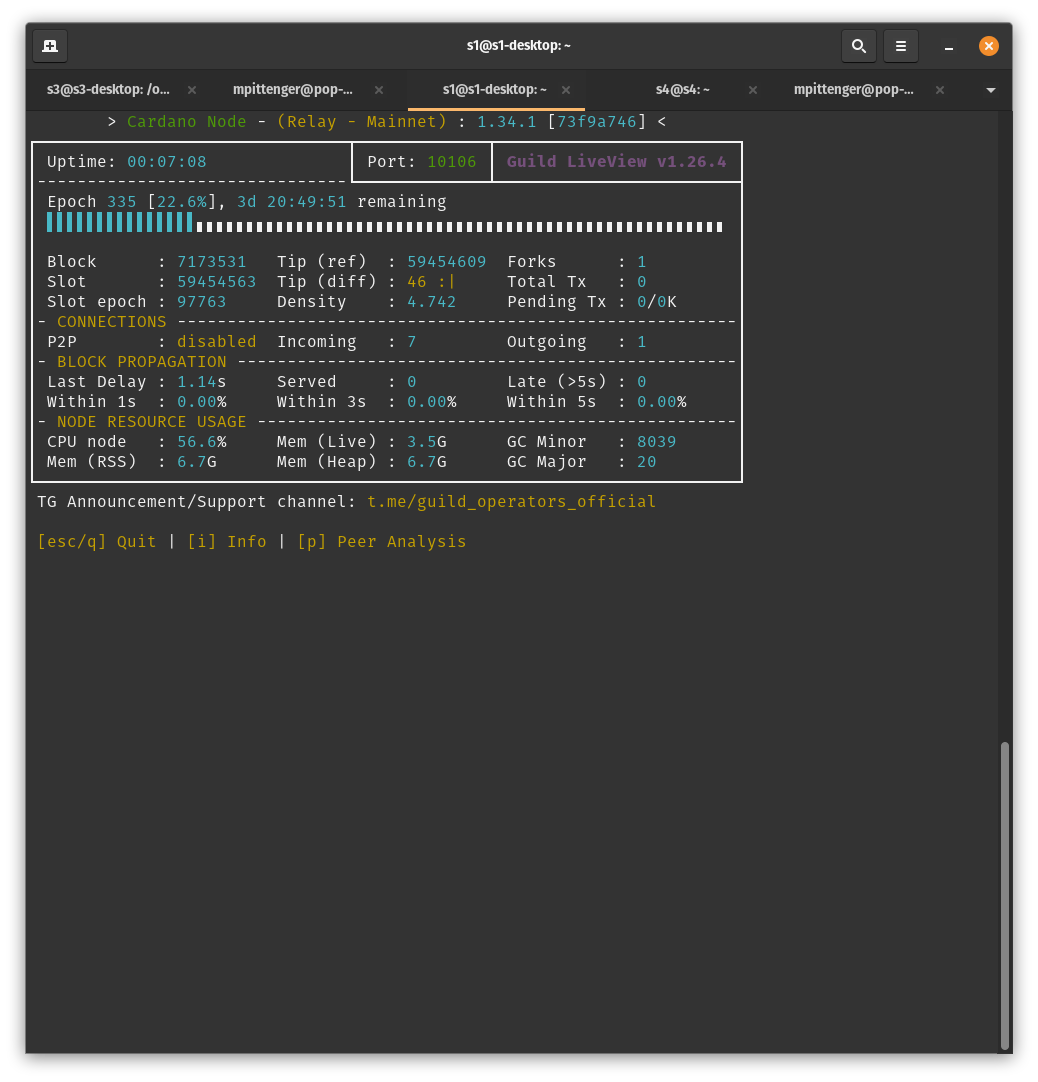 press P on glive and check the IP for incoming connections

Do u run topology updater script on BP?
Also block all incoming peers except ur relay (configure ufw)