The Ultimate Guide To Cardano Staking [2020]

Learn what Cardano staking truly is. How to stake ADA (₳) by choosing a good stake pool and get rewarded an additional ADA (₳) in return!

The Ultimate Guide To Cardano Staking

What is Cardano (ADA) staking?

Holders of the Cardano’s native cryptocurrency ADA (₳) are rewarded additional ADA by taking part in the network consensus.

Staking simply stands for holding ADA in a wallet and delegating it to a stake pool for a certain period of time and earning additional ADA as a reward if the pool you’ve delegated to is able to produce a block.

Why Cardano encourages and rewards staking?

First and foremost, the overall objective of staking is to provide security to the network of transactions. The more staking pools is online and producing blocks, the more secure the network becomes .

The reward associated with validating blocks is intended to work as an incentive (in the form of ADA ) paid for completing a service.

It is obvious that network now actually has the real ‘economic value’ due to the possibility of holders earning more ADA (₳).

Understanding the concept of staking

To understand the concept of staking we need to first look at how investors traditionally earn returns on their investment.

The example of dividend

Let’s take a look at the stock market.

If someone purchases an x amount of Apple stocks (ticker: AAPL) this gives the rights to an annual or semi-annual dividend payment.

It’s important to note that If you hold the shares you will receive your dividends straight into your brokerage account in the form of fiat.

Blockchain based staking on the Cardano network is similar to that of the traditional stock market. It is a way of passively earning ADA (₳), or an income.

Your passively earned ADA can be re-staked or you can choose to have your ADA transferred to a different wallet and you could possibly liquidate your ADA earning to get money in your bank account.

How much you can earn through staking?

The rewards ( ADA ) earned from staking varies depending on factors such as: the amount of stake delegated to a stake pool, the amount of blocks the stake pool has successfully validated/produced, the pool fees, total amount of ADA delegated on the network and some other details.

You can use Cardano rewards staking calculator to get a rough estimate on how much ADA you can earn.

What happens with my ADA when I am staking it?

When staking, your ADA stays in your wallet , and nobody can access it (not even stake pool operators).

It’s not “locked up” in any sense either, you are free to un-delegate, spend and send your ADA at any time.

How to stake ADA?

If you don’t have ADA right now and just plan to buy it, you will have to wait until Shelley Mainnet is launched to participate in staking.

That is because Shelley Testnet allows the participation only for wallets that had ADA in their possession during the snapshot that was taken in November.

However if you did had ADA in your wallet at that time you can easily choose a stake pool you wish to delegate to and see all it’s parameters using your Daedalus or Yoroi Cardano wallet.

Stake Pools are nodes on the Cardano network that are set up to perform the essential functions of staking and creating blocks for the blockchain.

How to choose a good Cardano stake pool?

For example, if a pool only produces half the number of blocks that it was nominated to create (during a given epoch), its performance rating will be 50% .

There could be a number of reasons why the stake pool was not able to produce their assigned blocks.

Not showing up, or not being able to create the appointed block, could be the result of poor network connection, lost blockheight battles or simply because the node was turned off by its stake pool operator .

However, for delegators the most important thing is that rewards are received in full .

So if a pool operator fails to perform, delegators miss out on (full) rewards. This can lead to delegators leaving for a better performing stake pool.

There is also a stake pool fee set by the pool operator which is a % of the total ADA rewards made by that pool.

Bare in mind that the more pools joining the network the more security they bring and that’s why you are incentivized – rewarded to participate in the protocol by staking your ADA.

Does it means that the larger the stake pool – the better?

No. Every pool in the Cardano blockchain reaches the point of saturation which is now having over 1% of the total network stake. When it happens stake pool starts receiving less block assignments from the network and proportionally – the less rewards.

It makes sense right? In order to have a fully safe decentralized blockchain network that can’t be compromised you can’t allow any participant (stake pool) to have for let’s say 6% of a total network stake or a “vote” in the system.

Bare in mind what we said that the bigger number of pools bring more security to the network and that’s why you are incentivized – rewarded to participate in the staking.

If some pool is close to a saturation point you’ll probably be better with a smaller one providing good and constant performance and ADA return.

Will I receive more rewards if I delegate to multiple stake pools?

While it is possible to make more rewards using multiple stake pools, it’s not a practice we would advise. It’s important to note that there is a small fee paid for delegating.

When you join a stake pool all you need to do is check on it’s performances from time to time – most importantly if the stake pool is producing all appointed blocks.

On the other hand, if you decide to become a stake pool operator , you will need a good internet connection (your node must be online and running 24/7 ) and some technical skills.

If you don’t have the technical skills don’t worry, but you will need to catch up on your learning as it will require a bit of time and knowledge to maintain your node.

Cardano has the best community of all blockchain projects and there is always someone willing to help you out with the process.

The pools where the operators contribute (pledge) more stake will get slightly higher rewards . This is to discourage pool owners for splitting their stake in order to operate several pools, and Sybil attacks where attacker with a low stake, opening a lot of pools with low costs could try to gain control over majority of the stake.

Regardless of your choice, you won’t need a powerful computer or ASIC devices spending enormous quantities of electricity as for the Bitcoin mining !

Very soon running a stake pool on the Cardano’s Shelley Mainnet will be simplified with a plug-and-play solutions to get stake pool operators up and running fast.

The future of staking ADA (₳) in the Cardano blockchain protocol and earning rewards is very exciting. Cardano is the first blockchain and cryptocurrency to evolve from a scientific philosophy. The only blockchain network that has been fully and carefully engineered – based on the scientific research and mathematical proofs.

Once all features have been implemented Cardano will become the safest and fully decentralized blockchain where you will be able to invest and earn passive income in the most secure and trustworthy manner.

Spread the word about Cardano

Welcome to The Cardano Community Podcast (TCCP). TCCP has been created to provide a platform for our global, diverse community, to hear or write about what t...

Thank you very much.

I’m working on an update. That will discuss some very interesting topic as well. Can’t disclose much now but I’m hoping to bring it out next week + an interview that many would be interested in as well.

Hi!! Thanks for the great post, I’m catching up fast. I have a question; is there an aprox date for the next Snapshot?

Thank you and great to have you around.
Above I think you are referring to the balance check.

First we have the Friends and family (FF), then the Shelley TestNet and then the Balance check.

You can have a short look at CH summary here. 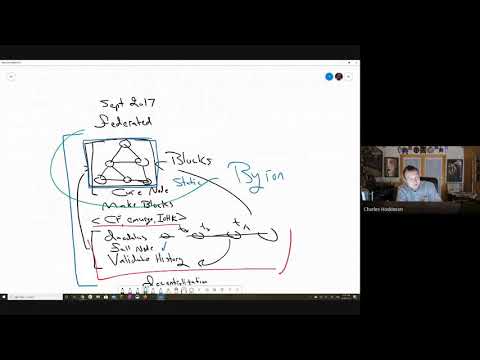 About 9 min 20sec into his presentation.

An other great resource you might want to read is:

From Byron to Shelley: Part one, the testnets - IOHK Blog

From Byron to Shelley: Part one, the testnets by Kevin Hammond

This really break the phases down and help you understand the reason behind the approach.

No dates have been confirmed though. Tomorrow the FF is scheduled to start.

Hi thanks for the reply. The video about Shelley was very helpful.