Why is IOG Catalyst platforming someone who continuously bullies, misrepresents and trolls their peers?

On 27th June 2022 I sent an email to IOG Catalyst (Kriss Baird, Harris Warren, Daniel Ribar) drawing attention to a misrepresentation of Community Governance Oversight by Quasar during a Circle meeting (implying that Governance Oversight submits proposals for Catalyst Circle) and highlighting trolling comments on CGO videos by him.

The main concern I raised was that inaccurate and misleading remarks made by a Circle member will attract attention and gain prominence if not corrected. And this can impact the reputation of those working on the targeted projects. Trolling of your peers is a form of abuse intended to undermine the work they have done and to humiliate them.

There was no response from IOG Catalyst. This lack of response meant that over the subsequent months the misrepresentation and trolling continued unopposed. It was typically uncorrected or laughed off as “banter”. Other Circle Reps and Sub Circles (Funded Proposers), QADAO, Swarm, Cardano Foundation, Circle Admin and Community Governance Oversight have all become regular targets of sniping, sealioning, innuendo, misinformation and misrepresentation.

A typical comment by Quasar is posted without checking the facts and seeks to present the target as having ulterior motives :

But Quasar reserves the worst insinuations, lies, sealions and misrepresentations abuse for the Circle Slack group. Presumably because this is not widely seen by a community he often presents a positive face to. A particularly disturbing example is the undertone of violence, “for their protection”, implied in a message attempting to block CGO’s Town Hall slides in August 2022

All this activity has had a significant impact on the morale and atmosphere of Circle. It is no accident that Reps have stood down and most Circle Admin staff have resigned. For me a key factor in withdrawing my support was being doxed by Quasar.

Recently I have raised this again in the context of due diligence in supporting Catalyst Circle 4. Again the response from IOG Catalyst is silence. It seems their policy now is not only to ignore any concerns but to actually reward this kind of behavior.

Clearly IOG Catalyst has no sense of a duty of care and no moral compass in this context.

I would advise any serious businesses and institutions to pay close attention to how IOG has handled this behavior. Ask yourselves if you are prepared to accept the risks (legal & human resource retention) involved in working with an organization that condones this kind of damage and allows so many of its core workers to be treated in this way by one person. 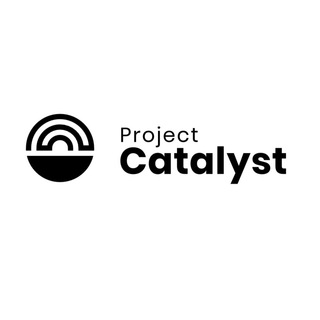 Kriss - Thank you for your DM about this matter. However as this is a public issue it's inappropriate for us to discuss it in private which is why I'm responding here. This is not an opportunity for you and I to "share perspectives". It's rather more...

Kriss - Thank you for your DM about this matter. However as this is a public issue it’s inappropriate for us to discuss it in private which is why I’m responding here. This is not an opportunity for you and I to “share perspectives”. It’s rather more serious than that.

Particularly in view of the fact that I am aware of several people who have been impacted by this over an extended period of time, not just me. They will of course be watching, and they deserve a public response on the “duty of care” issue. But more than that, this raises important issues for the community at large, and should be discussed openly in the public gaze.

Please respect this. All further communication on this topic will be in public. A significant part of the problem here is IOG Catalyst’s silence on these issues and the occlusion of people affected. That many people I am in contact with are afraid to speak on this is very concerning.

Referring to your Telegram DM to me. Please do not put words in my mouth. I am not making assertions, I am referring to sourced facts. Your attempt at mischaraction is noted. What I am asking is -

The specifics of what Circle is or is not doing about this are not relevant. The point is that what I outlined in my post is symptomatic of an approach to these issues.

We’ve not followed the Circle self management development closely. However, wasn’t there an effort to establish code of conducts for Circle and other key roles and the consequence of violating a code of conduct?

Can this discussion be framed through the lens of an established code of conduct? What’s the procedure for bringing a formal allegation?

Thanks for responding Darlington.

For me as a proposal owner this is not about a Code of Conduct it is about communicating issues that impact my proposal teams. Making sure their experiences are being heard.

A decentralized community is ill-equipped to be judge and jury over other people’s behaviour.

In my view a decentralized community is ill-equipped to be judge and jury over other people’s behaviour. But what can be done and should be done is transparent communication of the experiences of funded proposers. Both positive and negative. At present funded proposers are heavily disincentivized from airing barriers from IOG in the community or reporting negative experiences of harassment.

And this is what I am focusing on. Communicating the experiences of my proposal teams.

In the past we have discussed the responsibilities that come with examining other peoples work and the importance of informed criticism. Uninformed or malicious criticism undermines the work of the person or group targeted.

We all need to be aware that different social media platforms can easily distort the reality of delivery. And that there is a low cost to being uninformed on Twitter compared to a high cost of dealing with such misrepresentation.

In this context we might consider what is the audit trail for a Twitterspace ? Are recordings readily available ? Is there an easy way to respond ? Will a considered response get the same attention as the dramatic misrepresentation ?

Social media platforms tend to disincentivize doing your own research (dyor) on prominent commentators to check their capability and reputation. What is incentivized is drama or like-minded positivity.

For example I did not attend the recent governance Twitter spaces because I know that there is no filter for individuals who have trolled, bullied and misrepresented my peers. This is often laconically presented as “banter” or “spicy” on social media. But to be clear this is not a space that includes me and many of my peers who prefer work over commentary.

The effect of this hidden exclusion is to further refine a particular culture that thinks it is inclusive when it is not.

This would be an interesting area to collaborate Darlington. Could Lidonation include funded proposer experiences on its platform. How can we encourage both positive and negative experiences to be reported ?

The harassment of CGO Team members continued last week at the ATH where we launched our dRep White Paper. Quasar, who has continuously trolled, bullied and misrepresented us over the last 3 months thought it was a good idea to turn up at our ATH and refused to leave when asked.

Catalyst IOG continues to enable this individual, and has nothing to say in public to the 9 CGO proposal members, or the 6 ex-CC admin staff (now resigned), who have been impacted by his actions. This behavior has had a significant impact on the wellbeing of our peers and inhibited our ability to deliver our governance services.

The cost of this cannot be reclaimed and the risk to the reputation of funded proposers through misrepresentation remains.

Thank you for your messages and the diligent work you and the CGO team are doing on behalf of the community. My apologies for not responding sooner. I am happy to listen and have an open dialog with you and the CGO team. The CGO has always been and should be independent of IOG.