ADA -We are just outta luck

There is no doubt Cardano is the most hardworking achieving project out there.A consistent pattern of milestones, progress involvement, leadership in everything, a real source of energy in crypto. But,unfortunately the coin ADA, also consistently, never mirrors the wonderful work of Cardano.

We are close to the point where the crypto masses will get it I think. Rest of this year will be interesting to watch.

That’s a real interesting idea about using Cardano to redefine, the subscription industry Fred.Microtransactions paying for individual articles etc.U reckon there is money in it?

I would think so. Brave is already cutting out the middlemen in the digital advertising industry. I think the trend toward peer to peer transactions using crypto will only increase.

(Edit) BTW here is an article regarding Ada on the subscription issue:

Cardano (ADA), an ambitious blockchain project developed by IOHK, is looking to challenge the subscription industry with its Ouroboros protocol. The Cardano Fou

There’s a ton of money in it. About 2 years ago I was the Product Manager of a Korean pop based social website. We were researching using cryptocurrency as a reward mechanism for user engagement. (funny enough, with this very Discourse forum software) In particular the problem we ran into was that we expected hundreds of thousands of transactions to occur each second and the processing time for BTC and ETH validation was just too unrealistic for that type of use case.

In addition we also wanted to further be able to utilize the technology to allow users to buy and sell items in a virtual marketplace. Same problem though, the transaction time required was crippling. In the end, both plans needed to be put on hold, but Cardano would be able to handle both these use cases.

Imagine for a moment any role playing game with an in-game marketplace, people spend hours in these games to make things and then sell them in these virtual marketplaces. Now imagine that all these transactions are powered by Cardano’s superior transaction speeds with the game company taking say only 0.5% of all the transactions. (which for many games would easily amount to hundreds of thousands of transactions per day, if not more) That would be serious bank for even a mediocre game. Not to mention the player incentive in earning real, usable currency for the real world outside of the game.

Such systems are not necessarily novel. Second Life had/s this ability as well as MindArks Entropia Universe, but in both getting your money out is not as straightforward as it could be with direct blockchain integration. Presently there are a number of games in production that plan to utilize blockchain, many of which have been delayed because they started development with BTC then moved to ETH (I’m sure due to the same issues I spoke of above) and even then I’m sure they will need to figure out workarounds of some type of gas to address situations of high volume transactions.

Anyway sorry this became way longer than I intended. But yes lots of money potential in games, chat apps and social networking apps.

Don’t be sorry this is great

It’s fun when the price goes up. Going to be very interesting to see what happens over the course of the rest of the year.

That kind of analysis is not my expertise but I’ll look for some videos and other info that I have seen for you.

Here are a couple to start: 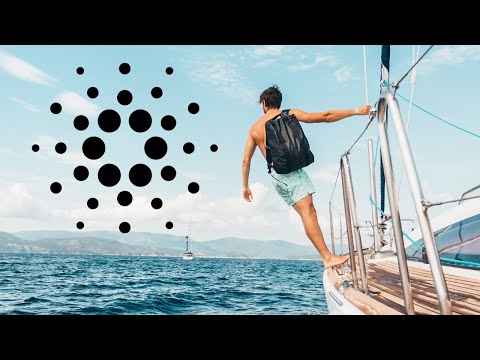 Both those channels have very good content. Check out the earlier videos also.

Is there any videos on staking for dummies lol. 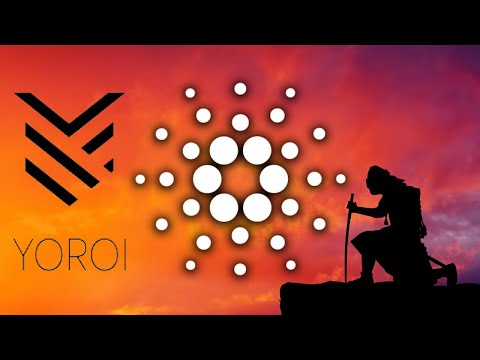 Fred,l looked at the rewards for staking,they seem extremely generous. How can Cardano afford to pay all these people so much? Like l can get more than 10% a year.

U cannot do this on a phone, right? U have to have a computer?

At this point the Ada is paid out with inflation. There is a cap to the total amount of new Ada that can be minted however. At that point rewards will be paid only by transaction fees.

Regarding mobile use I’m not sure is there is a mobile version of the Yoroi wallet for the testnet. I’m assuming you will be able to stake from your Mobile wallet when Shelly goes live though.

Looks like you can stake on the testnet with Yoroi mobile testnet app:

Cardano’s Yoroi Wallet has recently announced that the Yoroi Mobile for Android now supports staking (Shelly testnet). The announcement of the new development was made via the official Twitter handle of Yoroi Wallet a couple of hours ago. The report...

Ok thanks a lot for all your informative posts and help