Earlier this month, the co-founder of blockchain engineering firm Input Output Global, and blockchain platform Cardano published a video on their YouTube channel titled Bitcoin is Digital Gold. Let’s talk about the mine… After 31k+ views and 800+ comments, we are here to analyze a reflection proposed by Hoskinson. 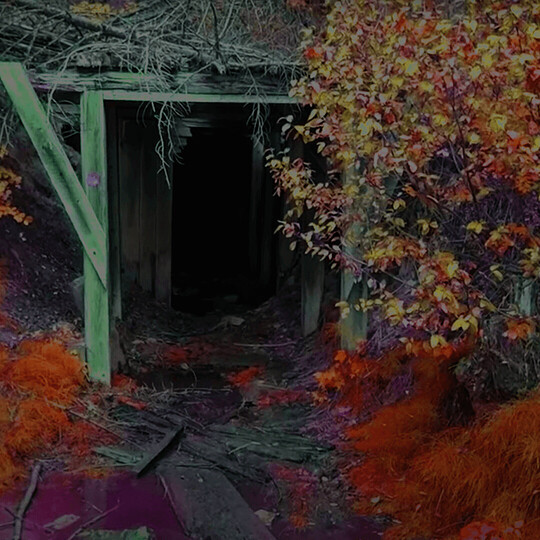 Earlier this month, the co-founder of blockchain engineering firm Input Output Global, Inc. and blockchain platform Cardano published a video on their YouTube channel titled Bitcoin is Digital Gold. Let’s talk about the mine… After 31k+ views and 800+ comments, we are here to analyze a reflection proposed by Hoskinson.

Without fear of being controversial, Charles dissected the statement that “Bitcoin is digital gold”, propagated by maximalists, enthusiasts, and even cryptocurrency thinkers.

Here’s what Hoskinson thinks of the statement:

“This may surprise you, but I agree with that. I think Bitcoin is not just digital gold, but I also think it has real use and utility,” said the creator of Cardano.

But this point of the agreement only serves as an introduction to the real reason for recording the video, which is to talk about Wrapped Bitcoin and, especially, about the Bitcoin mining process.

Gold and the Gold Mine

During the video, Charles Hoskinson explains that one of the many innovations brought by Bitcoin in 2009 is the fact that there was a production cost: miners had to invest heavily in resources to make the block mining process viable, and this activity paid them back (in Bitcoin).

At this point in the video, he warns that his view on Bitcoin may scare some people, but that he still believes that reflection can be really productive for the crypto environment as a whole:

Does gold need the gold mine to be valuable after it has been mined and is in circulation?

To elaborate on his reasoning, Hoskinson brings a hypothetical example. Imagine that all the gold mines in the world were closed. No more gold mining.

Does this mean that the price of gold goes to zero?

“Of course not,” answers Hoskinson. “ Actually, the price of gold would likely go up, because we know there won’t be anymore and so it’s a scarcer resource, but the utility behind it, the demand behind it, and the economy behind it is still working.”

Currently, most of the trading volume takes place on centralized exchanges with Bitcoin. Wrapped Bitcoin (WBTC) - changes that, bringing Bitcoin liquidity to DEXs and making it possible to use Bitcoin for token trading.

Charles Hoskinson explains that the Bitcoin network has created a chain of evidence for resource consumption from internal data. So, looking at the hash rate and some historical notions, you will know at any given time the cost to replicate - that is, the cost of extracting these gold mines.

In possession of this ability, Hoskinson makes the central provocation of his video:

“What if we just shut down Bitcoin and the grid tomorrow? It would just take all the bitcoin off the network and basically create Wrapped Bitcoin on other blockchains.”

So we would have Wrapped on ETH, Wrapped BTC on Polkadot, Wrapped BTC on Cardano, etc., and the sum of all wrapped is obviously equal to the total Bitcoin in circulation.

According to Hoskinson, if we look at the cryptocurrency market cap, there is a slight Bridge Risk Arbitrage, but you need to remove it with proof-of-burn. Basically, there are already 4.7 billion dollars in this Wrapped Bitcoin. About 244,000 bitcoins left the gold mine.

So we have most of the Bitcoin in question already mined. About 19 million of the total supply of 21 million were extracted. It’s getting exponentially harder to produce them.

And then Hoskinson asks:

“What if people just stopped mining Bitcoin, the entire network was shut down, and all the Bitcoin came out of the “mines” and became Wrapped Bitcoin? Would you still need proof-of-work?”

No, because the proof of work was the mining process itself. Proof-of-work was the extraction process to get all Bitcoin through the network. This is what made gold, and Wrapped Bitcoin is basically the gold in circulation in the broader cryptocurrency ecosystem.

In order not to lose the line of reasoning, let’s summarize what has been proposed by Hoskinson so far:

Wrapped Bitcoin and the Nakamoto Coefficient

One interesting thing to look at in the process of creating wrapped coins is the security of the blockchain that houses the cryptocurrency in question, and decentralization plays a vital role in this regard.

According to the CrossTower website , one metric to assess the decentralized nature of a blockchain is the Nakamoto Coefficient ( NC).

Thus, for Wrapped BTC, it is always interesting to look for networks that have a higher Nakamoto Coefficient than Bitcoin.

Currently, these are the NCs of some of the top blockchains:

In summary, just transferring the Wrapped BTC without taking into account the NC of the receiving network is not desirable. Not only that, but other factors too.

In addition to the store of value, we cannot forget about the other two properties of money: the medium of exchange and the unit of account.

Charles Hoskinson brings the example of El Salvador, a country that is adopting Bitcoin as its sovereign currency. As gold is a great store of value, so far so good.

The problem is that Bitcoin is not as good as a medium of exchange due to its volatility. It’s hard to price things with him. That’s why people tend not to want to use it to make transactions in real life. They just want to store it.

But what if you could use Bitcoin to create a stablecoin?

“That’s why we built something like Djed, an algorithmic stablecoin that is collateralized by Bitcoin. Well, you can’t do that on the Bitcoin network - and you’ll never be allowed to do that - but you can take Wrapped Bitcoin on Cardano or Ethereum or some other smart contract network and then create something indexed to the Dollar, the Euro or the Euro. you want and have a second currency that is a medium of exchange in the unit of account,” explains Hoskinson.

So your store of value is Bitcoin, but it doesn’t need to be on the main Bitcoin network, as all your properties are held:

So this gold has real value because it was built. You can’t create Bitcoin unless you’re willing to pay the cost of replicating between all those coins - and you can actually calculate that.

In this way, we have real market data pointing out that the Bitcoin mainnet is no longer useful.

According to Charles Hoskinson, Bitcoin is only optimized at the moment to be a gold mine. It is not optimized to be a payments network, to make complex transactions, or to allow you to run dApps or issue assets.

For the creator of Cardano, despite the long road, there hasn’t been much progress because the Bitcoin network was designed solely to create digital gold - and it actually did, as 19 million of them are floating around out there.

What Hoskinson is proposing is that people realize that it is possible to get rid of the gold mine, but keep the gold. This is why Wrapped Bitcoin exists and is being traded right now.

“When wrapping cryptocurrencies, you have self-custody, smart contract-based custody, and all these other things. So it is far superior to the way [Bitcoin] is currently being used with the infrastructure there,” says Hoskinson.

The Future of Bitcoin, According to Charles Hoskinson

“Could you imagine in a five-year time horizon a mass exodus where all Bitcoin leaves the mainnet and starts to float, like gold floats in the global economy, coming out of the mine and living on different chains, and being traded in different ways? different chains too” ventures Hoskinson.

“If I had to make a prediction, I think in five years there will likely be more Bitcoin off the main chain than on it, and that Bitcoin will be used in all sorts of dApps and smart contracts, and potentially could even be used by nation-states to create a medium of exchange on a unit of account to actually have a stable currency that they can use for day-to-day transactions within their ecosystem with sound monetary policy.”

For the creator of Cardano, the problem is asking the Bitcoin network to change its consensus algorithm, as this idea undermines the “gold mine” mentality propagated by the most radical bitcoiners. But, according to Hoskinson, the only way we can have the cake — and still eat it — is through the notion of Wrapped Bitcoin.

But in any case, Hoskinson does not believe that the Bitcoin community will allow the network to be shut down. There will always be the religious fanaticism of the Maximalists, arguing that it needs to be maintained because Bitcoin is “a world financial operating system”, the “source of truth”, “the counterweight of all central banks” and so on.

But that doesn’t change the fact that this mine consumes about 0.4% of the world’s energy, a truly frightening number. Added to that, we are getting diminishing returns in this regard.

“Leaving the mine for another hundred years and all the energy it will consume just to get another 2 million bitcoins? Would this really be a good energy investment when you already have 19 million that are in circulation and in wrapped form? Two million bitcoins [the remaining balance] were probably lost, to be honest with you,” asks Hoskinson.

Is that you? What do you think of Charles Hoskinson’s idea? How do you see the relationship between the energy consumption of proof-of-work and the mindset of the Bitcoin community?

Leave your opinion in the comments below!