In this Shelley Incentivized Testnet Development Update video series, Project Manager Dimitris Poulopoulos will be taking you through the updates on a regular basis. 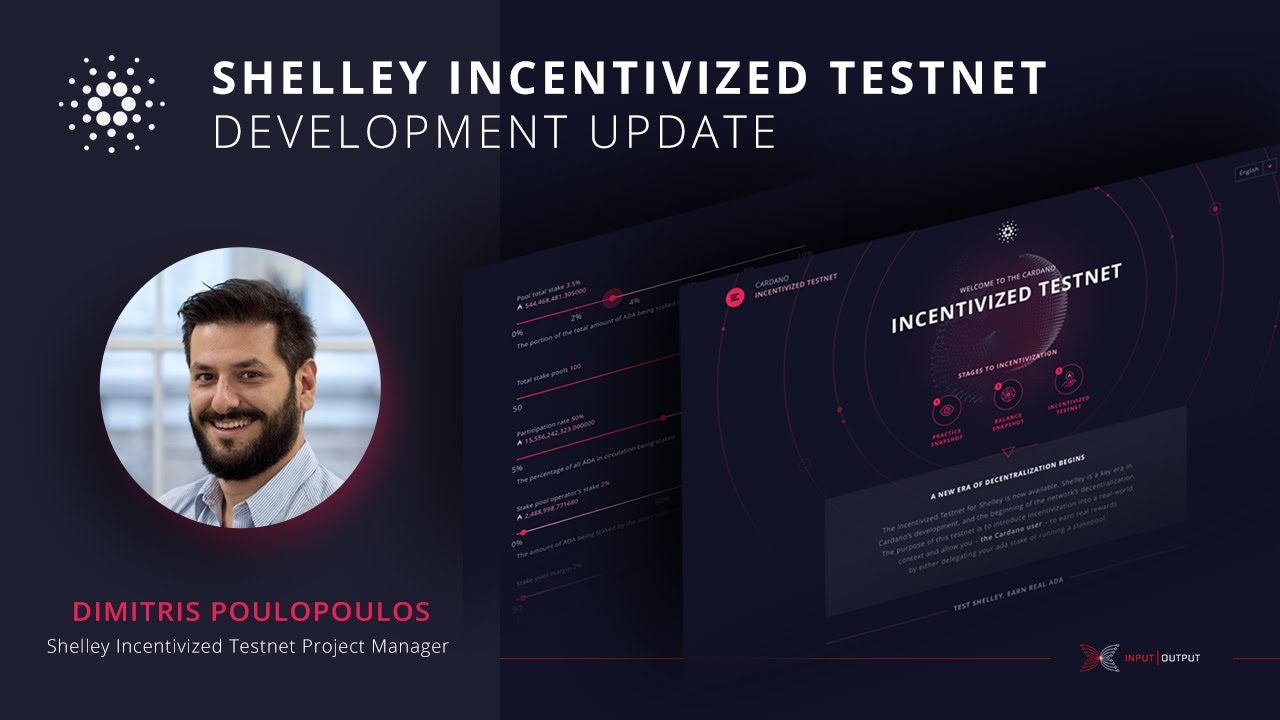 Hi everyone. It is Dimitris again, back for another week to share another quick update on the Shelley Incentivised Tesntet progress.

Thanks again for the valuable feedback on these weekly video updates. It has been great to continue to get your thoughts on how we can improve further and try to bring you more useful information as we progress.

Last week’s Node, Wallet BE and Daedalus release mitigated some recent issues that were identified by Daedalus users and there should be further improvement for both ADA holders as well as Stake Pool operators.

This week there is no new Node release as the team is working towards another significant update that will bring further network improvements. This is expected to be available next week.

Target is to improve documentation for specific aspects of the Node, address some Rust compilation issues that have been raised and update REST API to access the reward distributions amongst others.

More details on this will follow with the next weeks’ update.

Daedalus and Wallet BE

The recent Daedalus (2.2.0-ITN1) release apart from the new features has shown improvements in terms of resolving the wallet restoration and syncing. During the last few days, the response from the community seems rather positive and all of the issues related to wallet restoration including the “wallet already exists” have been mitigated.

We are now working towards making yet another e2e release this week - exact timelines to be confirmed during the time I am recording this video - which is integrated with the latest Node version 0.8.13 and should further improve your experience with ITN.

We will let you know as soon as this new Wallet version is available and if you are running your Daedalus rewards wallet you will get notified through Daedalus newsfeed.

MacOS Catalina users are still impacted by the current installation issue. We are still working to address the unresolved issues with Apple’s notarization process, which we are working to expedite as soon as we can. We appreciate your patience on this. Our aim remains to release another Daedalus version once this issue for MacOS Catatlina users is addressed.

Support: This week we can report a significant decrease in new incidents volume. Version 2.2.0 of Daedalus Rewards has introduced several improvements with wallet restoration, stability as well as connecting and syncing, which helped resolve a number of outstanding tickets.

However, some users still report troubles when trying to connect and synchronize, which we believe will be rectified further with the deployment of Jormungandr 0.8.1 in the next few days. Also we continue to work on the MacOS-related incident, where users can expect a solution soon.

At a glance, we have seen:

DevOps:
The creation of additional IOHK stake pools is now completed and the IOHK funds re-delegation across those as well as the community ones is done; this should prevent saturation.

The team has also created a new tool called perf-ops that allows us to run multiple jormungandr or cardano-node instances in multiple containers on the same host with many different configuration options.This enables us to execute performance testing simulating thousands of Daedalus clients simultaneously connected in order to stress test network behavior.

I hope you found this short update useful. I’ll be back next week with the latest on ITN progress.
Thank you for watching!