Cardano is the highest-ranking crypto brand

Cardano is the highest-ranking crypto brand in the Top Brand Intimacy 2022 report. The surprising thing is that Cardano has a higher rating than Bitcoin. Almost every person on the planet has heard of Bitcoin while Cardano is still unknown to the general public. What is it that has earned Cardano such a good rating?

The MBLM Brand Intimacy Study focuses on the biggest brands based on emotion. The rankings use technology tools such as artificial intelligence to assess how consumers connect with the brands they use and like. A strong emotional connection between users and the brand is a key requirement and the basis for the report. The team believes that the higher the emotional connection, the more powerful the relationship with the brand. Positive feelings can be analyzed based on the language used during communication.

The strength of the bonds is assessed. The depth and degree of intensity of the intimate relationship with the brand are revealed and measured. During the process of building a relationship with a brand, certain phenomena can occur.

Sharing occurs when the person and the brand engage and communicate. This leads to knowledge sharing, which allows users to understand exactly what the brand is and its future direction. Both parties make sure they understand each other and share the same vision.

The research measures intimacy by examining intensity, archetypes, and phases based on a quotient score between 0 and 100. The higher the score, the more intense the emotional relationship with the brand. Cardano had a score of 52.6. Bitcoin 51.9.

Disney, Tesla, Apple, SONY, and YouTube were the top 5. Tesla and Apple products definitely have a wide base of loyal fans. Tesla cars are definitely not among the most widely used means of transportation in the world. The difference between Tesla and other car manufacturers is the link between the brand and the users. People who own a different model of car are fans or sympathizers of Tesla.

In the mobile phone market, the competition is mainly between Apple and Samsung. It may surprise you to learn that Samsung is ranked as high as 85th. Apple phone owners are proud of the brand and are often willing to stick the company’s logos on their cars. Such strong brand loyalty is not evident in the case of Samsung. It could also be interpreted that people perceive Samsung products as consumer goods. The difference is not necessarily about the quality of the products, but about the relationship with the brand.

The difference is not about the number of users, but brand loyalty. A brand that has a smaller number of users, but who are loyal to the brand and share a similar vision, may receive a higher rating. In Q2 2022, Samsung had a market share of 21%, while Apple only has 16%. Of course, other products from these brands need to be taken into account. Let’s add that the android brand took 10th place.

It probably won’t surprise you that the top 30 include mainly car manufacturers and brands related to the entertainment industry, computers, and the internet. These are all things we use every day. In addition to Tesla, you’ll also find Mercedez, Porsche, Jaguar, Mazda, etc. in the top 30. As for the gaming industry, there are brands like Netflix, Sega, Nintendo, Prime, etc.

It is pleasing that cryptocurrencies have made it into the report. Cardano took 26th place. Bitcoin 30th place. It is worth noting that Ethereum took up 120th place.

Why is Cardano ahead of Bitcoin?

As we have already explained, the report does not take into account the number of people who have ever heard of the brand. It does not take into account the number of users, but the relationship with the brand. That explains a lot. The Cardano community is very engaged and the relationship with the project is very strong. It is important to stress that the community is open and, unlike Bitcoin, is not toxic. Open positive debate, sharing the mission of the Cardano project with newcomers, and the desire to build, are completely different kinds of relationships with the brand than waiting for the value of BTC coins to rise.

Needless to say, many people buy T-shirts with the Bitcoin logo and stickers can be found in many places. As far as the project logo is concerned, Bitcoin is definitely the most visible. There are many podcasts and video channels that are dedicated only to Bitcoin. I can’t rationally explain why all of this hasn’t helped Bitcoin to rank higher. In the case of Bitcoin, I see a lot of positives, but I can’t ignore the negatives. That’s one possible explanation.

The bitcoin community is often concerned only with charts and pursuing the single goal of increasing the value of BTC coins. The debate is often very negative towards other projects, which prevents newcomers from building a strong relationship with the Bitcoin brand. Becoming a maximalist is essentially ignoring technological progress and becoming a fan of a single projection forever. That’s a relatively strong commitment that doesn’t come naturally in the world of technology or money. Not everyone wants to identify as a toxic maximalist. Unfortunately, key members of the community promote and demand this view.

Many people desire to become rich and wish to see the value of BTC coins grow. However, they follow their own selfish interests more than Satoshi’s original vision. Thus, they may only see Bitcoin as a means to enrich themselves. The Bitcoin community is divided. Former prominent members are leaving Bitcoin and are being publicly disrespected. Protocol issues are being overlooked and not addressed. It’s possible that newcomers have doubts about Bitcoin, or aren’t entirely convinced that it’s the best thing for our future.

Cardano ranked better than Bitcoin because the community shares the vision of the project. The mission is the strongest thing about Cardano. Cardano is not presented as a path to wealth for individuals but is a technology that can help everyone, especially those who need it most. Every cryptocurrency has a speculative component to it. Even in the Cardano community, there are people who are only speculating and want to see growth in ADA value. The view that prevails in public is that the mission of the project is the most important thing, not speculation. I see this as the key difference between Bitcoin and Cardano.

The Cardano community believes that an alternative social and financial operating system can be built based on new technologies. Adoption by developing countries is proof that this mission is being slowly achieved. The Cardano community enthusiastically shares the successes of the IOG team and contributes to the success by working on their own projects. From the Bitcoin community, these efforts are viewed negatively and many even talk about scams. They say all we need is Bitcoin. While the first layer of Bitcoin is evolving very slowly and the team is not looking to make major technological changes, Cardano will fundamentally change literally every year. The team is to prepare a new roadmap. The Bitcoin community’s reaction to any new technological development is negative, which a rational-thinking person cannot understand. Any effort to change the world for the better is desirable for the majority of the population. Cardano development is not funded by people’s taxes, so public funds are not spent. Cardano can be seen as a collaborative effort between the team and the community.

Another important factor in the perception of projects may be mission success. Bitcoin can be perceived as a failing project if the value of the coin falls in a bear market. Bitcoin’s mission is difficult to explain and, more importantly, defend, as neither gold nor money declines in value for 3 years straight after a one-year bull market. The mission of the Cardano project doesn’t change that much with the decline in the value of ADA coins. Once Cardano has stablecoins and it is possible for people in Africa to take micro-loans, this financial utility will not be dependent on the value of ADA coins. Banks provide financial services to their clients regardless of how the bank’s stock is doing. Cardano is building a similar system, except that all ADA coin holders will own the basic protocol. However, these are not necessarily the same people who use Defi services. The mission of the Cardano project is not directly tied to the value of ADA coins, so it can be viewed positively even in a bear market.

The Cardano report says this, among other things:

“Cardano is a blockchain platform for changemakers, innovators, and visionaries, with the tools and technologies required to create the possibility for the many, as well as the few, and bring about positive global change. This may explain why Cardano leads in building emotional connections and stronger bonds with users.”

This is more or less what I think of the results as well.

Bitcoin is more ingrained in people’s minds and it is possible that many use it automatically without strong emotional attachments. Bitcoin is often presented as a finished product and people may not be as excited about it as they were at the beginning. They are now following technological developments on other platforms, which may be more attractive. Many people even bitcoin fans like to follow the development of the Cardano project. Maybe it’s similar to Volkswagen car owners following the development of Tesla.

The reasoning in favor of Bitcoin is often just bald platitudes and cheesy. Many influencers share negative opinions about competitors instead of positive pro-Bitcoin arguments. However, time shows that these opinions were wrong. For example, that PoS will never work, that Defi will disappear within a year, or that NFT will never be mainstream. If it is necessary to insult the competition, people become suspicious and suspicious. Bitcoin can’t win on a pile of insults.

The fact that Cardano ranked better than Bitcoin is due to the research methodology and what was measured. Seen through this lens, the result is not as surprising as it first appears. The question remains, however, how to interpret the result with a view to the future. I sometimes hear the view that money is supposed to be boring. That is true, but it is true only of state money. Moreover, money is not boring, because the current high inflation is being addressed by almost everyone. Cryptocurrencies are trying to create an alternative, so community engagement and a strong attachment to a specific brand are absolutely key. It would be sad to say that Bitcoin ended up as gold, which doesn’t excite people much today. In this context, Cardano is doing very well, and it’s a good sign that an independent team with a sophisticated brand affinity research methodology has taken notice. Bitcoin may end up like Samsung. It will have a higher market share, but people will love Cardano as a technology leader much as they do with Apple. 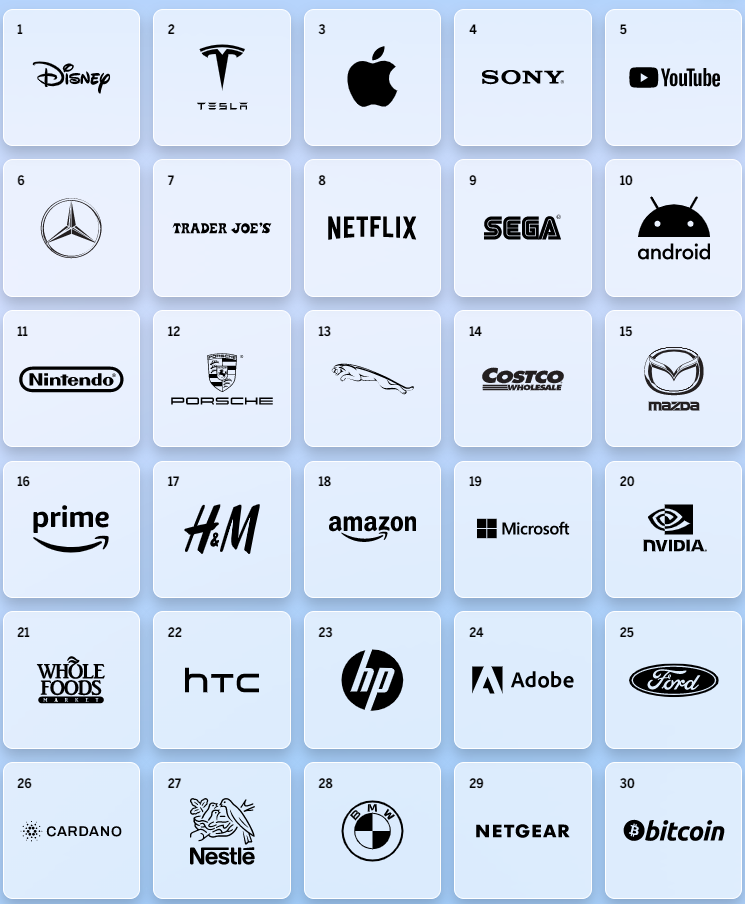 Cardano is the highest-ranking crypto brand in the Top Brand Intimacy 2022 report. The surprising thing is that Cardano has a higher rating than Bitcoin. Almost every person on the planet has heard of