How to stop staking in Daedalus?

I am using Daedalus ver. 5.0.0 I don’t see anyway to stop staking, I only see redelegation.

Can someone point me in the right direction?

You can only (temporarily) switch to another wallet app and do it there. … and maybe never want to go back.

It used to be that Yoroi was the only wallet that would allow deregistering a staking key… which is only possible at the time you’re withdrawing rewards. As you’ve probably understood already, you’d have to import your Daedalus wallet into Yoroi before doing this:

How to undelegate (deregister my staking key)?

When withdrawing rewards, you have the option to deregister the staking key. Keeping the staking key will allow you to withdraw the rewards, but continue delegating to the same pool. Deregistering ...

Maybe there are other wallets that do this today but Yoroi is the one one where I’ve actually seen this option presented in the UI. 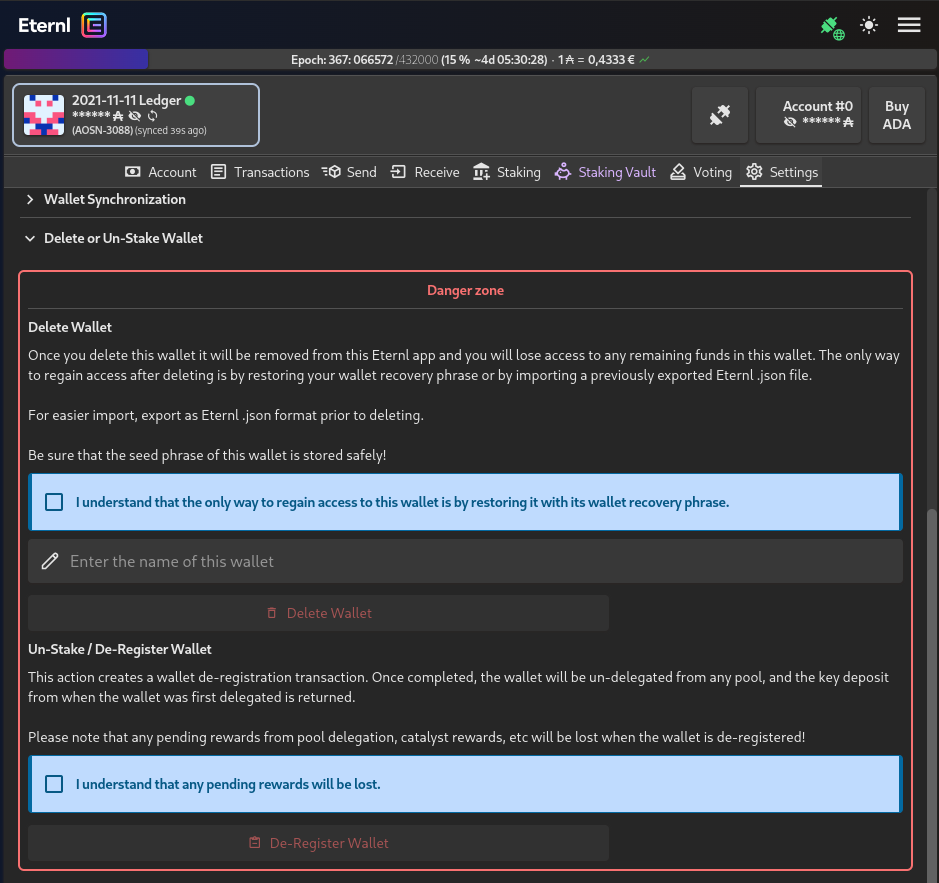 Eternl will withdraw in the deregistration transaction.