Possible to recover without recovery phrase or secret.key?

I’m fairly certain this was sent to a Daedalus Wallet that was on my computer before the SSD died and promptly threw away. I DID however have an ‘AppData/Roaming/Daedalus Mainnet’ backup on another drive. Of which, over time I deleted to save space. Ugh

As I was trying to figure out where I sent this ADA too. I remembered this old ‘AppData/Roaming/Daedalus Mainnet’ backup on another drive and used EaseUS Data Recovery to retrieve the folder. However there isn’t a secret.key or anything for me to import. Inside the wallet folder are some encrypted .sqllite files though! And I have several logs including a Daedalus.json
Below are screenshots. I’m pretty sure I can’t get my ADA back at this point. But posting here in case of a Christmas miracle…
Thank you for taking the time to read this! 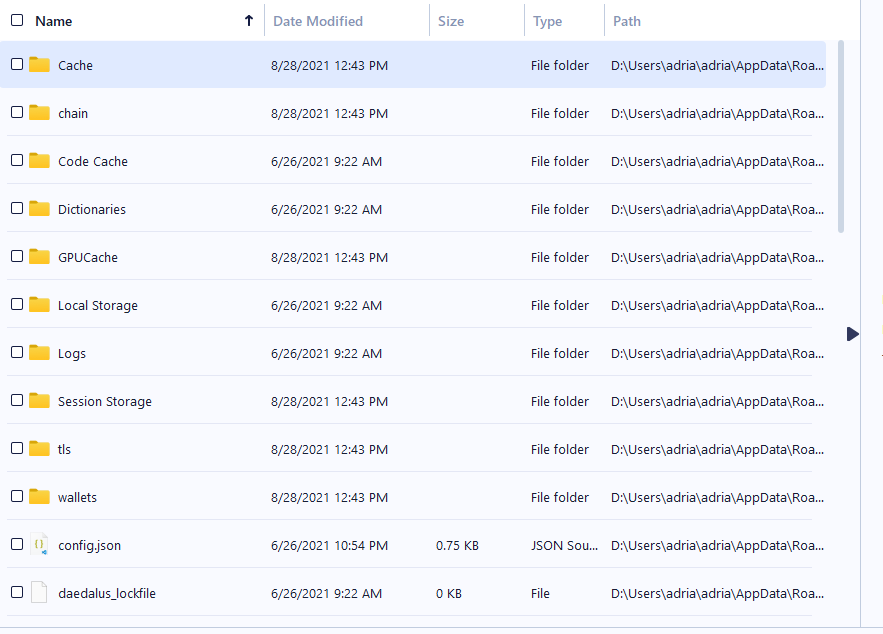 I think its not possible to recover the wallet
Did u try to use daedalus import option and state director?

The wallet import feature has been reenabled in Daedalus. This feature enables you to import wallets from ‘secret.key’ files of old versions of Daedalus (Daedalus version 0.15.1 and before.) Please...

No luck. I’m missing the secrets folder.
Dang I wish I hadn’t thrown away that bad drive. I wonder if I could have recovered it.

Thank you for the help!

But where is the seed words?

Hey Alex. That’s the frustrating part. I don’t seem to have the seed words written down anywhere. I have slightly positive news. I found the old SSD that died. It wasn’t thrown away!!! So I’m trying to retrieve the data off of it. So far it’s 39GB of in that AppData/Roaming/Daedalus Mainnet folder without the Secret key or folder.

Its able to recover the missing bit and its not corrupted.

Awesome, hope u will get ur ADA out to a new wallet