I’m trying to set up a Stake Pool on a VM running Ubuntu. I’ve been following the instructions in the Stake Pool Course.
I entered the command: cabal configure --with-compiler=ghc-8.10.7 which ran for a very long time.

Now, I have been playing with computers since the 1970’s but really never picked up much linux, so I really don’t even know where to begin to troubleshoot this.

Any help would be appreciated. 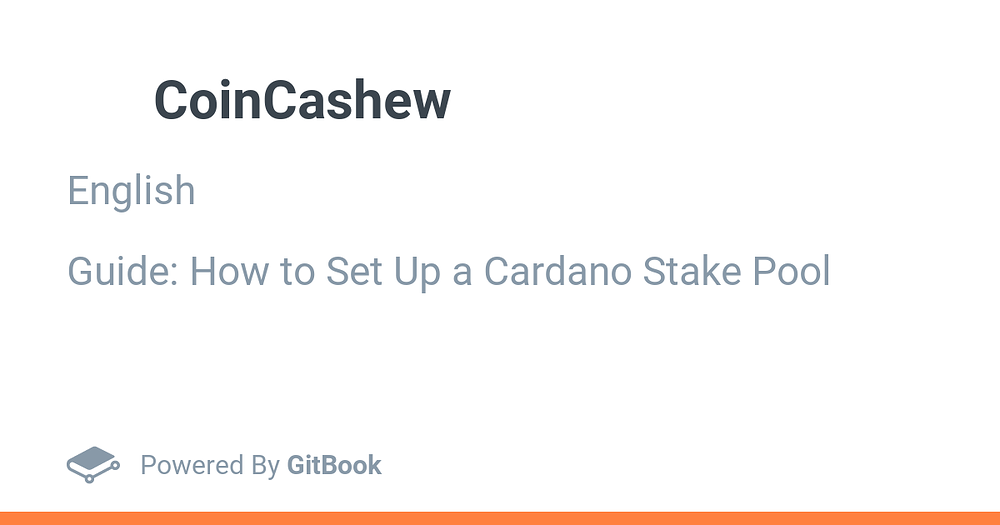 Guide: How to Set Up a Cardano Stake Pool

On Ubuntu/Debian, this guide will illustrate how to install and configure a Cardano stake pool from source code on a two node setup with 1 block producer node and 1 relay node.

Hello everybody, Have you thinking to run a Cardano POOL but but you don’t have advanced knowledge in linux? No problem! Today I will show you how to setup a Cardano POOL using CNTOOLS in just a few minutes/steps: But first, few recommendations for security of the nodes (should be applied on all nodes): create an username/password, change the default ssh connections and deactivate ssh for root user sudo adduser example where example is your new user ; here is recomanded to use a STRONG…

for this error u will need to install libsecp256k1

U can fund the steps here

[Guide] Upgrading to 1.35.3 for CoinCashew Users Operate a Stake Pool

I struggled so much while upgrading to the latest version since the information were scatted, so I am going to share the steps that I did and make your life easier: Note: You do all of the below on both of your BP and relays Do the routine updates: sudo apt-get update -y sudo apt-get upgrade -y Update gLiveView automatically: cd $NODE_HOME ./gLiveView.sh # Click yes if it asked you to update Make sure that you have ghc 8.10.7 and cabal 3.6.2.0 (Skip if you already have them): ghcup upg…

I’ve bookmarked the site. I’ll probably wait until Monday to see if I can get it up and running.

Will the steps I’ve already done in the Stake Pool Course cause any problems, or can I just overwrite what’s there?

hmm, it depends which guide did u use

I used the one in the Stake Pool Course at developers.cardano.org.

then try to install libsecp256kp1 manually and continue with the guide

Ok, I went back to the directions for downloading and compiling. There was a command - git checkout $(curl -s https://api.github.com/repos/input-output-hk/cardano-node/releases/latest | jq -r .tag_name) that was longer than the window showing it. I may not have copied the entire string before.

This time I copied the entire string and continued on through the process. I got a LOT fewer WARNINGs this time, most of which were about various things being experimental. This time there wasn’t an abort. It looks like I got all the way through.

Thanks for the help!

Ok, I got my node to run by copying the following command:
cardano-node run \

This of course doesn’t have any of the information required for Paths and IP, but the Node runs.

The YT video by Carlos talks about making the node information easier to read by changing a couple of things in the mainnet-config.json file. I’ve used Config files for 30 years, so I’m comfortable changing something inside.

Changed “TraceBlockFetchDecisions”: to true
He also changed “ViewMode”: to “LiveView”
My config didn’t have a ViewMode, so I inserted it between the two lines it showed on his file, making sure to use correct syntax. I’m assuming position of the command doesn’t matter, but I wanted to be safe.
I saved the config file, then modified the run commands so that the Paths are correct.

Because I’m running this at home, I have a Dynamic IP. My VPN gives me a static IP address, along with Port Forwarding, so I used that IP address and made sure the VPN was running.

The error I got is:
cardano-node: Network.Socket.bind: unsupported operation (Cannot assign requested address)

I was guessing the VPN is interfering with the node. I didn’t have the VPN running when the node worked by typing in cardano-node run\

Just for shitsandgiggles I also tried it without the VPN running, using the Dynamic IP address I currently have. 10.0.0.58
That gave me the same error.

The error I got is:
cardano-node: Network.Socket.bind: unsupported operation (Cannot assign requested address)

Ok, that works but I’m confused.

Apparently “ViewMode” doesn’t work. At least not as described in the video. I’m not too worried about it, I have a working Node.

0.0.0.0 will listen on all interfaces
install or use gliveview
PS: the guide is to old I believe