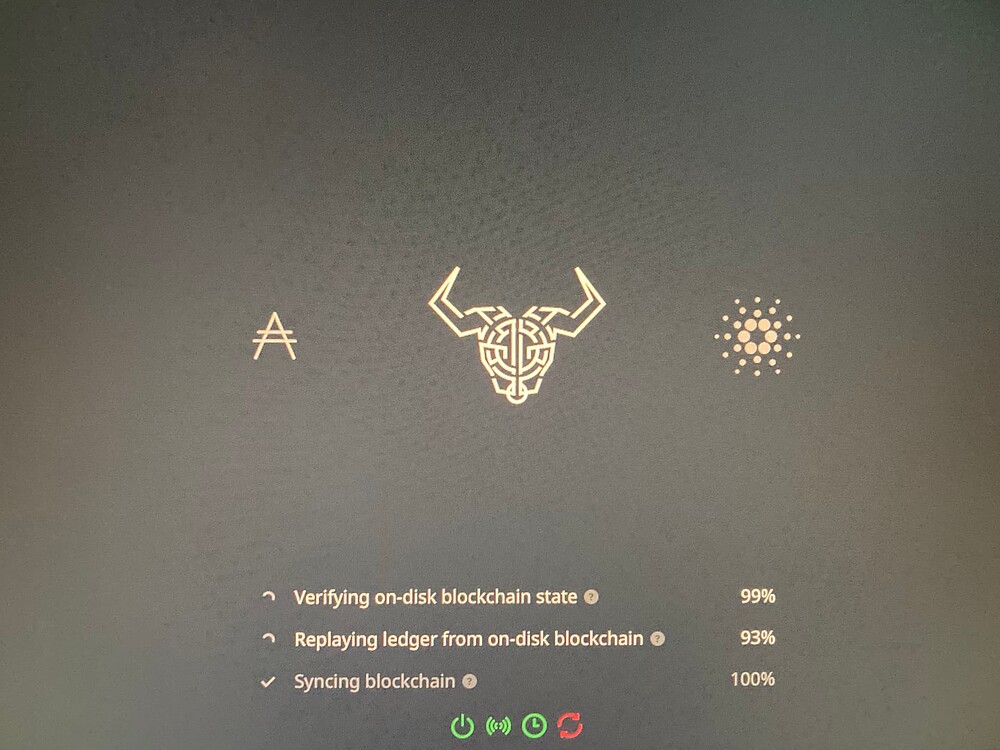 image1920×1440 183 KB
Hi ADA community, I recently downloaded the latest Daedalus 4.9.1 to restore a Byron Legacy wallet (12 words) in a different computer than I had my first Daedalus. Installation and creation of the wallet to restore is clear. Spending pass, 12 words…OK. It’s been a looong time since last time I checked as I decided to trade my few different cryptos for ADA back then to leave them there and HODL.
Now, I don’t have a proper connection where I am right now so I tether while I’m at home, that means I haven’t left it connected longer than 14 hours (wife would add some extra tethering hours with a pause in between, I forgot). I thought when reconnecting when I’m back would just continue where I left it, am I right? It looks like it’s doing its thing but I’m not quite sure so here I am. I reloaded, restarted the node a few times but it always get to a point when even having everything green and the blockchain synced, the other two tasks might get stuck at 99% or 98% forever. Incoming transactions all showed up, and those were the only transactions that summed up the balance though balance still not appearing. Everything looks fine but syncing is eternal. Been a few days without connecting it cause I got tired. In the main window it said wallet syncing 74,3% or whatever it was the last time maybe 83% but then (picture 4 example) it’s 100%, 99%, 98%. Is everything ok? If I keep reconnecting it will catch up?
Thanks and cheers to everyone in advance!
erikd 13 May 2022 04:29 #2

That is likely to be your problem.

Maybe proper connection is not what I meant. Connection is good tethering, I can stream HD movies so speed is good. I read the same with people using regular router home connections, so that’s not the question. The question is how long does it take when the progress shows those % I said, cause it looks like it never ends.
Computer specs are good so… 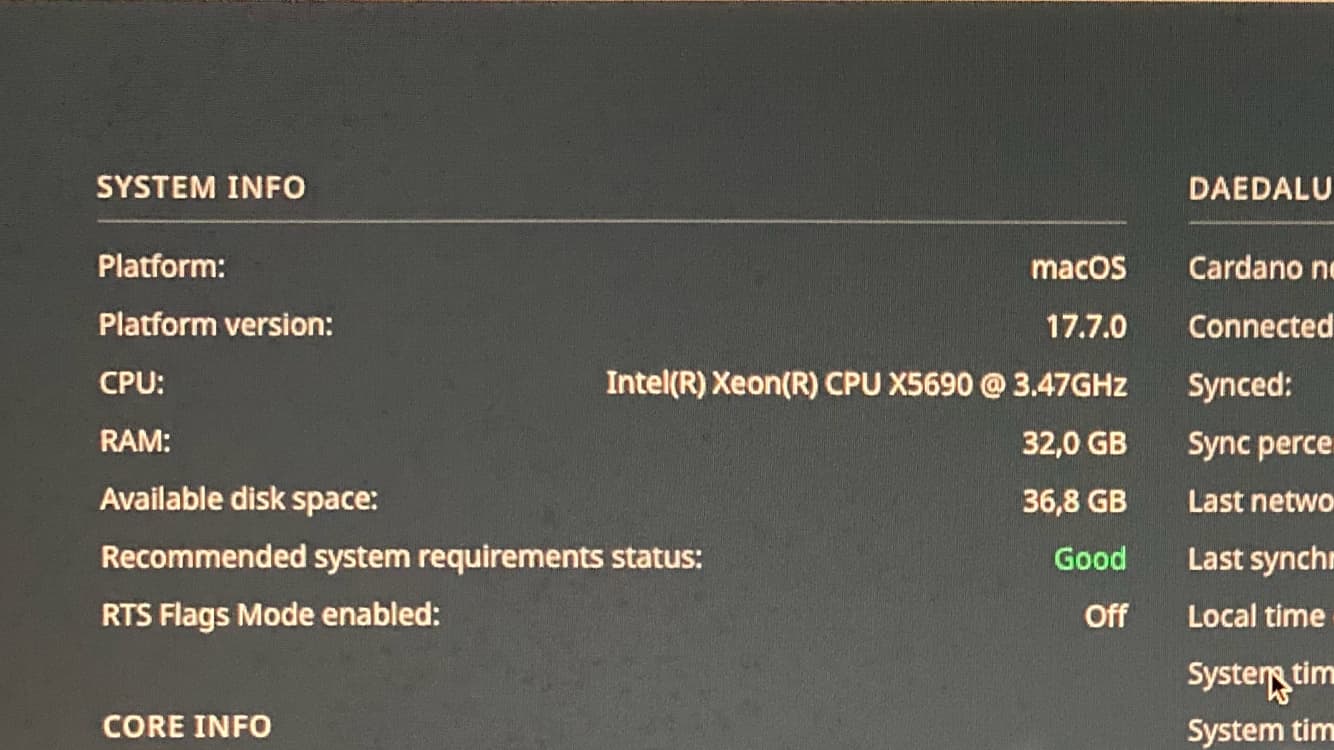 The progress percentage is not really to be trusted. I often see the first 50% sync in an hour while the last 1% can take more than that.

Syncing the whole chain (if nothing goes wrong) should not take more than about 8 hours (from memory).

I often see the first 50% sync in an hour while the last 1% can take more than that.

I got the impression that percent is given in relation to time that has passed or number of slots/blocks or something like that. Since the recent months had much more transaction traffic per time (size of the block chain much more than doubled in the last six months) later blocks will take longer to synchronise.

For what it’s worth, my Daedalus took seven hours to sync just the last month recently and that was displayed as something like 3% that had to be synchronised.

Percentage is worked out based on slot number. Slots from 3 years ago are mostly empty . Recent slots are much more likely to be close to full.

You could also just switch to a light wallet.

Unfortunately, only Yoroi still supports Byron and even there, you can only use it to move the funds to a Shelley wallet.

But after you have done that, you can restore/import that Shelley wallet in every other light wallet. Eternl and Typhon are quite good choices.

First step is restoring my byron legacy in daedalus, is 12 words. Yoroi supports only byron era 15 words I believe. I already have a Yoroi wallet ready to transfer there from the old one…when synced. 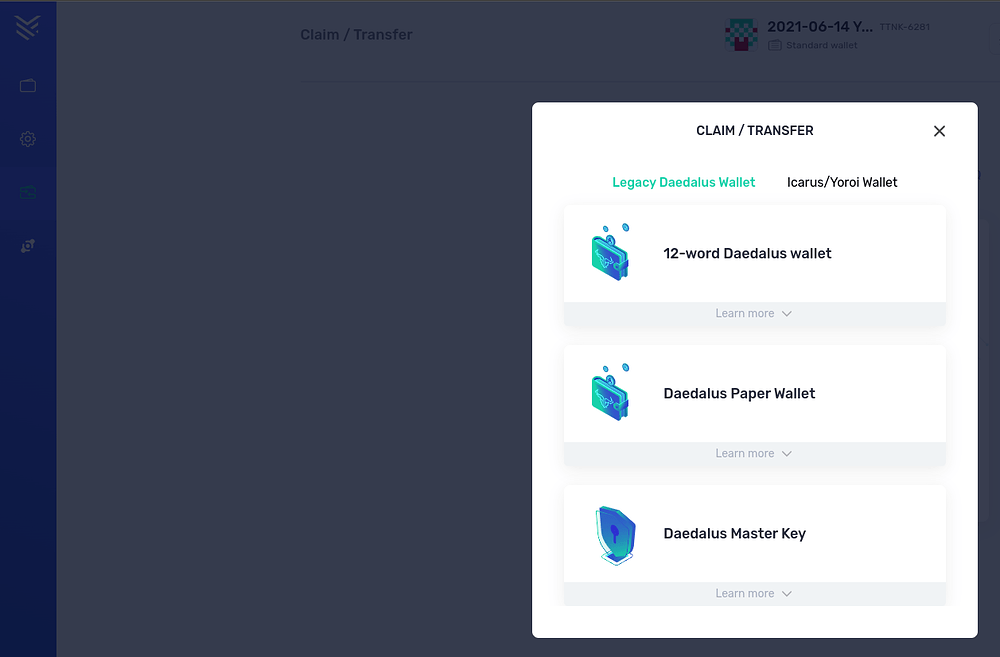 Damn, the mobile app doesn’t have this feature, right? So with Yoroi in the mac I can directly transfer from a Daedalus Byron legacy without doing all the process in Daedalus? Cause it’s a pain in the A and takes a lot of hard drive too.

So with Yoroi in the mac I can directly transfer from a Daedalus Byron legacy without doing all the process in Daedalus?

Yes, with Yoroi in a browser, you can claim the Byron wallet directly to your Shelley wallet.

Perfect, I was reading now about this being even safer than the ios app, I wasn’t sure.
Thanks a lot my friend, I’ll tell you later when I install the extension.
HODL!

I was reading now about this being even safer than the ios app, I wasn’t sure.

Safest is still a hardware wallet – used right – or an air-gapped machine (but that’s not really possible with the graphical wallet apps and you’d have to do command line juggling).

For software wallets, Daedalus is not necessarily so much safer than the browser-based light wallets. All of them store master keys somewhere encrypted with the spending password. If your machine has malware, it could get to these. Basically the same for iOS.

But from the stories I am reading here, most people lose not because of malware or hacks, but because of scams – transferring their ADA voluntarily to giveaway scams, investing them voluntarily in projects that later rugpull, or giving their seed phrases to fake support sites or fake wallet apps.

If your machine has malware, it could get to these. Basically the same for iOS.

Sometimes I don’t trust anti-malware for the same reasons I’m afraid of malware. 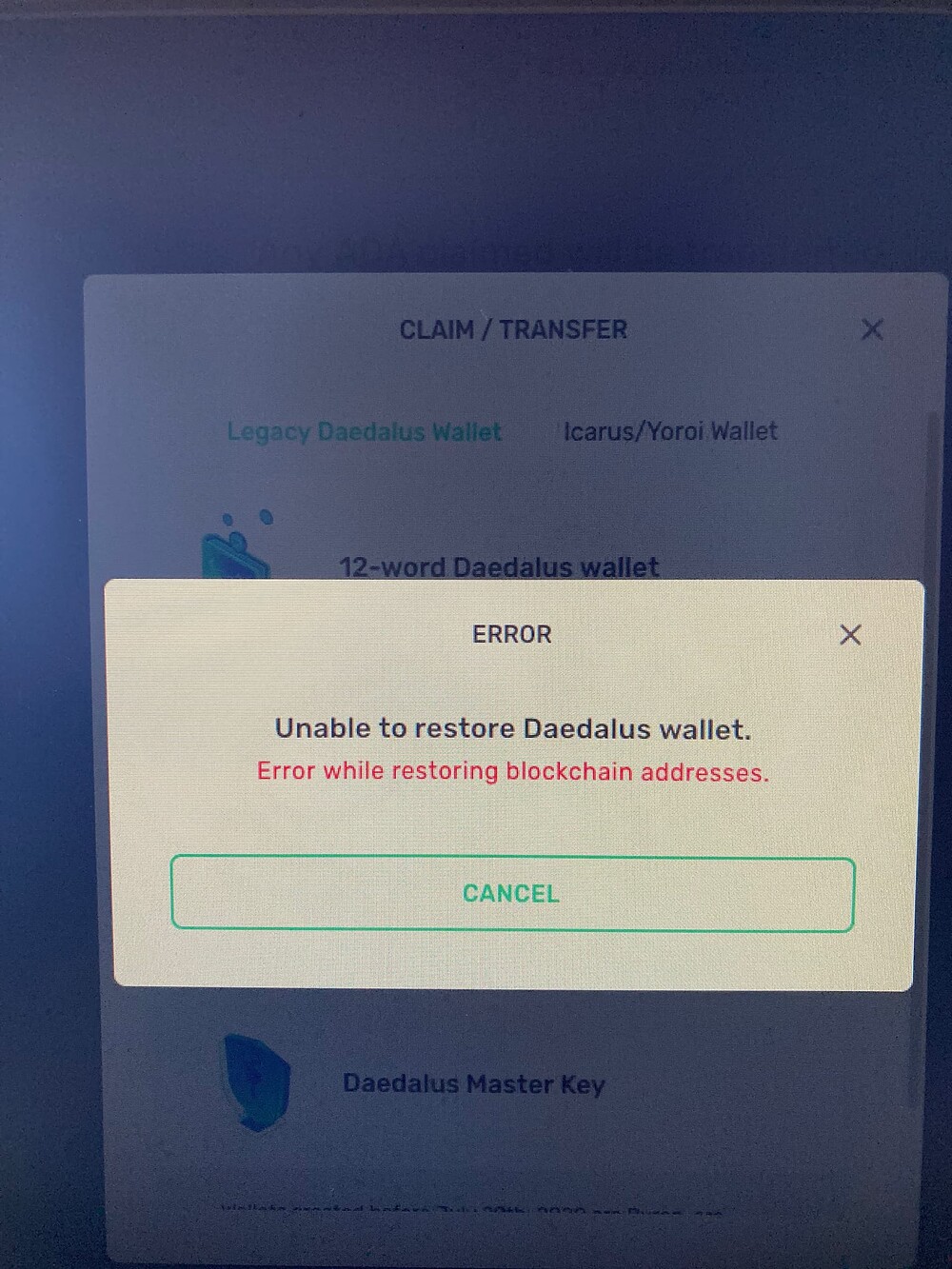 I fear that you have to restore in Daedalus if Yoroi does not want to work.

I have seen that you already asked how to get the huge data folder onto another disk.

I’m not a Mac user, but here How do I change the directory where daedalus stores its DB and logs in Linux? - #25 by BeAre someone described a method that worked for them.

Daedalus even got to everything 100% but the balance and transactions are at 82,73% forever. I sent the Yoroi add-on error to zendesk, let’s see the answer…
Thanks for replying though!