I have a little problem with setting up Yoroi with Ledger Nano S. Basically, I created brand new Yoroi wallet and went through the tutorial for connecting Ledger and it went ok on the first computer. Everything got connected, I can send transactions, receive funds etc.

The problem is with the same setup on my second machine. I wanted to have access to my wallet on both my computers so I followed the same steps (Ledger has Cardano app installed and opened during the process) but I always get the same exception after waiting approx. 10 seconds:

“Failed to connect. Check your Ledger device” in Yoroi. My Ledger device is just displaying “Waiting for commands…”

I don’t understand why the process works on my machine but not on the other. My both computers are running the same version of Linux (Ubuntu 18.04), which leaves me with some HW incompatibility?

We seem to be a minority. I wonder if there is some specific HW configuration and whether it’s Linux related.

Hmm. I don’t think we are a minority but the ones trying since yesterday. It looks like something is wrong with Yoroi

On Linux it may help to set udev rules to allow device access. Ledger has a guide to do this, please see https://support.ledger.com/hc/en-us/articles/115005165269-Fix-connection-issues and unfold the Linux tab.

my device work with ledgerlive on linux, i update the firmware, all ok. this steps you sugest seems only work for operational system level to detect the divece, i think its not the case, the problem its on chrome. i see the chrome api but i dont know how to debug

Sorry to hear that, was worth the try. @MatthiasEngelmann fixed it with this link, if I rembember it right. Maybe he can chime in.

In my case the problem was, neither Ledger Live nor Yoroi were able to connect to the Ledger. Fixed it with the udev rules fix. If Ledger Live works on your machine, then unfortunately I have no further idea what the reason could be. On the other hand, if as you said, Yoroi is working with Ledger on the other machine, it couldn’t actually be a general Yoroi issue, could it?
I know, it was tested with Ubuntu by the dev team. Could you please provide the team with the Yoroi logfile by sending it via Telegram DM to @vsubhuman ?

im getting the same error on adalite, i open the logfile of yoroi, U2F TIMEOUT, i will send to him

I have installed all latest updates and the problem still prevails. Did anybody manage to find some working solution?

Same problem on Mac. Will post it here if I find a workaround

EDIT: Found this tweet, a “solution” but it didn’t work for me. Maybe going through ADAlite instead of Yoroi will work? 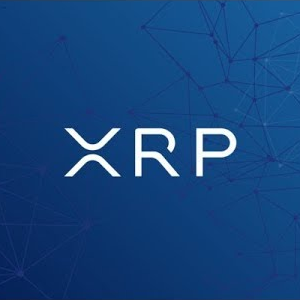 I had a few issues doing that, I found that when Adalite was waiting for commands, you need to open the ADA app on your ledger and click both buttons to send the public keys. It was not really intuitive, but once I did that everything worked great. twitter.com/jody_boccio/st…
tsnnst 8 November 2019 16:45 #14

Guys, some update here, at current stage the Yoroi worked for me on linux. Last version of Yoroi 1.9.0

I recomend to run again the script from udev rules provided for ledger, think the shell file was updated.