Hi All,
Today I logged into my Yoroi wallet (for the first time since 1 Jan) to find my Ada balance is around 4,500 Ada understated (missing)! This is not only corroborated by my personal records but also from the Transaction history log I downloaded directly from Yoroi, which proves my cumulative balance should be higher by the aforementioned amount. Is there a known technical glitch currently?

I have already sent an email to Support but am really concerned/upset about this; no idea how long they will take to respond. Would be grateful for any advice/insight…Thanks!

Hi i have the same problem i transferred 128 ada to my Yoroi wallet.my balance increased by these tokens and the next day returned to the state before the deposit. I wrote to customer service, but I don’t know what to do next about it

check one wallet address on cardanoscan.io
the balance is ok? If yes go to yoroi → settings → resync wallet

I checked my wallet address on this site and it pokes me with 88 more tokens. But still this balance does not agree with the correct one because 37 tokens are missing there.

I Resynchronized my wallet and my balance increased. But it’s still not what it should be, with 37 tokens missing from it

37 tokens… I don’t know… cardanoscan.io is 100% accurate
did u send ADA in one transaction or more?
U can check all transactions on cardanoscan to see why u are missing 37 tokens

Is there a possibility that my funds that I withdrew, I will collect the reward from the staking pool. They were too high to the ones I should get and thus an error could creep in ?

I have one question.
What is it that spend ? 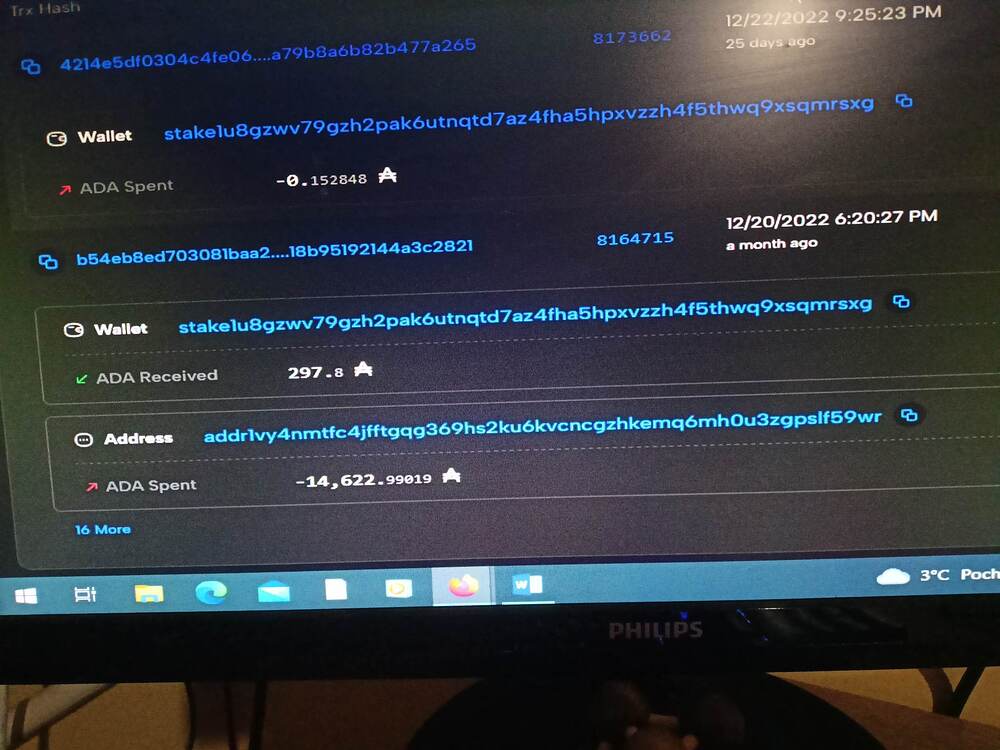 Do you mean the upper or the lower transaction?

Upper: Transaction that only affects your wallet (stake1u8g…qmrsxg) and only the transaction fee is spent. Guess would be that you changed stake pool delegation or sent everything to yourself to use Nami or something like that.

Lower: The ADA spent are from another address (not belonging to a stake key) and you received 297.8 ADA of that large amount in your wallet. That looks like a withdrawal from an exchange. They tend to lump a lot of withdrawals together and send to all of them (note the “16 more”) in one transaction.

Yes it is a withdrawal from the exchange, thank you I already understand, but I have a few more questions.

What are these total rewards? 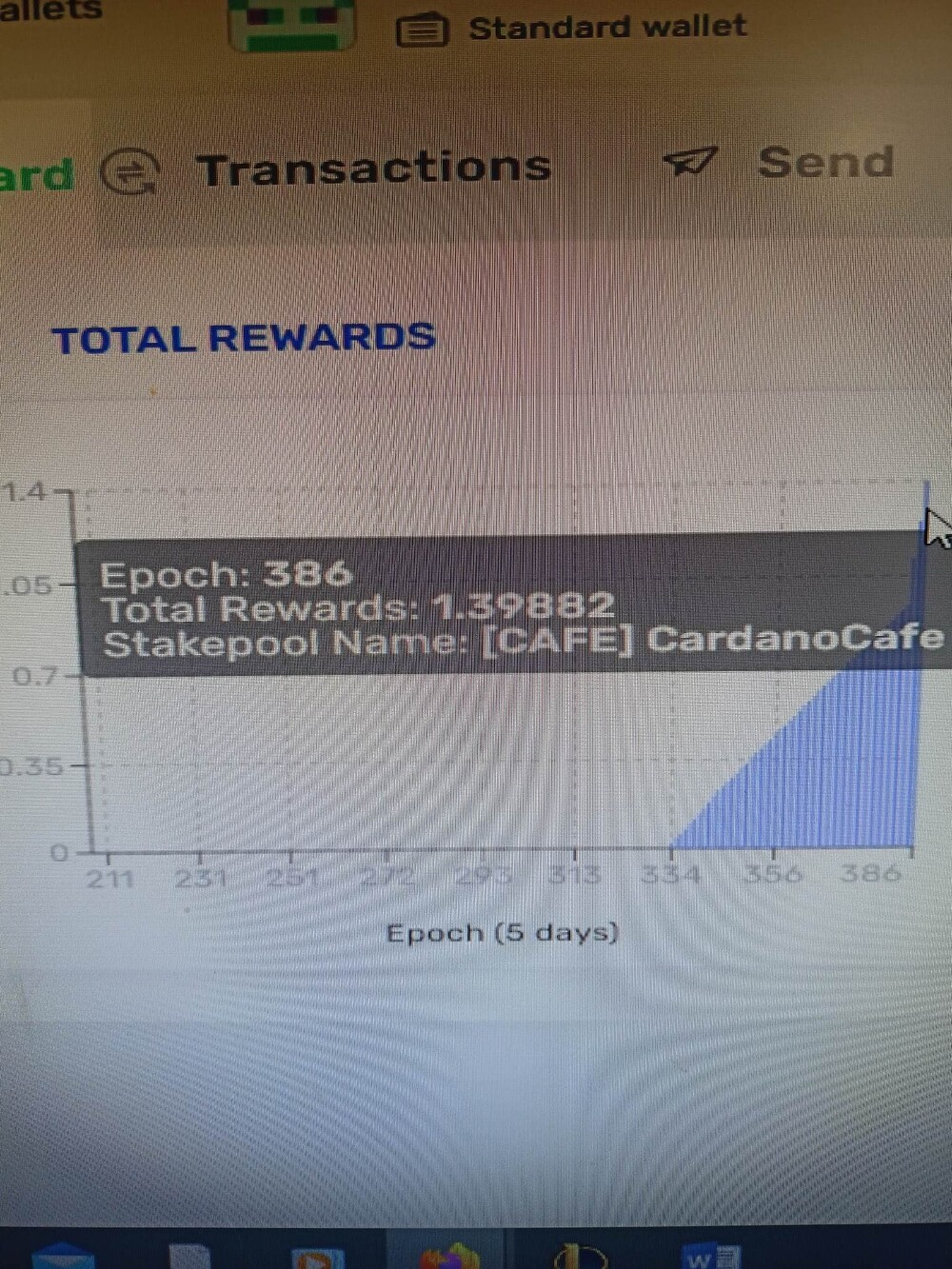 What are these total rewards?

Total rewards that you ever got from delegating to stake pools. That number will only go up further in future epochs.

I find the other graph with the rewards per epoch more informative:

In any case, the transaction fees and a percentage of the reserve (that gets lower over time) are distributed among all pools that produced blocks in the epoch. From the rewards for the pool for the epoch a fixed fee and a percentage of the rest are given to the pool operator. The rest is distributed among the delegators according to their part of the stake.

You cannot predict how much that will be, since it depends on the blocks produced by your chosen pool, the stake of the delegators and so on.

The calculation and distribution is done by the protocol, by all nodes in the Cardano network, not by the individual pool operators, so they also cannot hold back the rewards or something like that. They can only change the fixed and the variable fee or be bad at managing their pool and producing blocks. So, it makes sense to check from time to time if the pool is still good.

0.148 ADA By writing this I meant the tokens that I get them in exchange for staking, the ones on the screnshot. 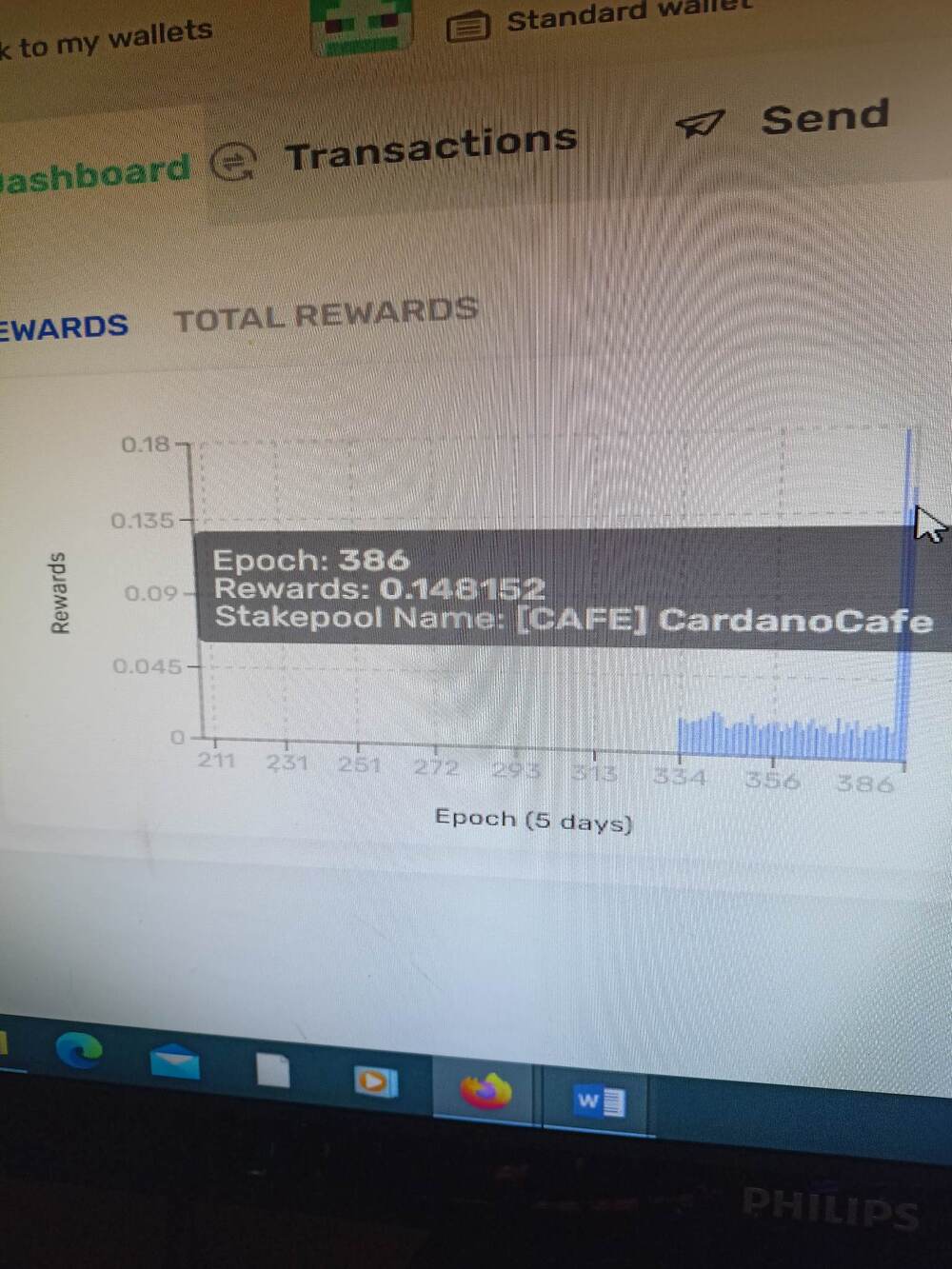 That is, for example, cafe cardano is kind of like a pool operator, they get a part of the generated blocks in the epoch later on this part a percentage is paid to people who staked their tokens in this pool. And my question is which pool to choose to make this percentage the highest. In the sense that my deleoging would be the most favorable for me. If you are able, you could give me some examples of what pools are the best, and what to suggest in choosing a pool.

You wrote that it makes sense to check if the pool is still good. How do you check this, and what to suggest when checking if the pool is being run correctly.

Hello @AdaPorsche,
We’ve recently re-architected Yoroi backend and how we sync UTXOs, which as lead to significant performance improvements. However, if this is your first time opening Yoroi for some time, please try clearing your browser cache and then go to Settings>Wallet> and click on Resync Wallet. This should resolve the inaccurate balance info.

And my question is which pool to choose to make this percentage the highest. In the sense that my deleoging would be the most favorable for me. If you are able, you could give me some examples of what pools are the best, and what to suggest in choosing a pool.

We generally won’t give specific pool recommendations. That would just end in lots of “Delegate to my pool!” and “Why do you never recommend my pool?!?”.

There are general guides: https://cardano-community.github.io/support-faq/select-pool-to-delegate/ (from some people from the community) or https://iohk.zendesk.com/hc/en-us/articles/900002174303-How-to-choose-a-stake-pool (from IOG itself)

They all give an estimate of the APY (annual percentage yield) or ROS (return on stake). But that is just an estimate based on the last couple of epochs. And it tends to become less over time, since the boost from the Cardano reserve becomes less.

The around 3.4% of CAFE are totally okay in my opinion. That they run multiple pools is frowned upon by some, though. (Three pools are not that many.)

If you sort by APY/ROS, there will be some at the top that you cannot really take for granted, since the number is based on a short time with just a few blocks produced, so basically on luck. You want to look at numbers like total lifetime blocks also to see if that is based on a longer timeframe.

How do you check this, and what to suggest when checking if the pool is being run correctly.

Important measures are the fixed fee (which is 340 ADA per epoch for almost all pools, since they are not allowed to go lower, there are lots of discussions to change that) and the variable fee or margin. A red flag would be a pool suddenly raising the margin dramatically, maybe even to something like 99%, in the hope that a lot of delegators will not notice for some time.

You can see such a change ahead of time in the explorers linked above.

In some wallet apps, you could also notice it in the overview. For example, I’m using Eternl and the overview about staking looks like this: 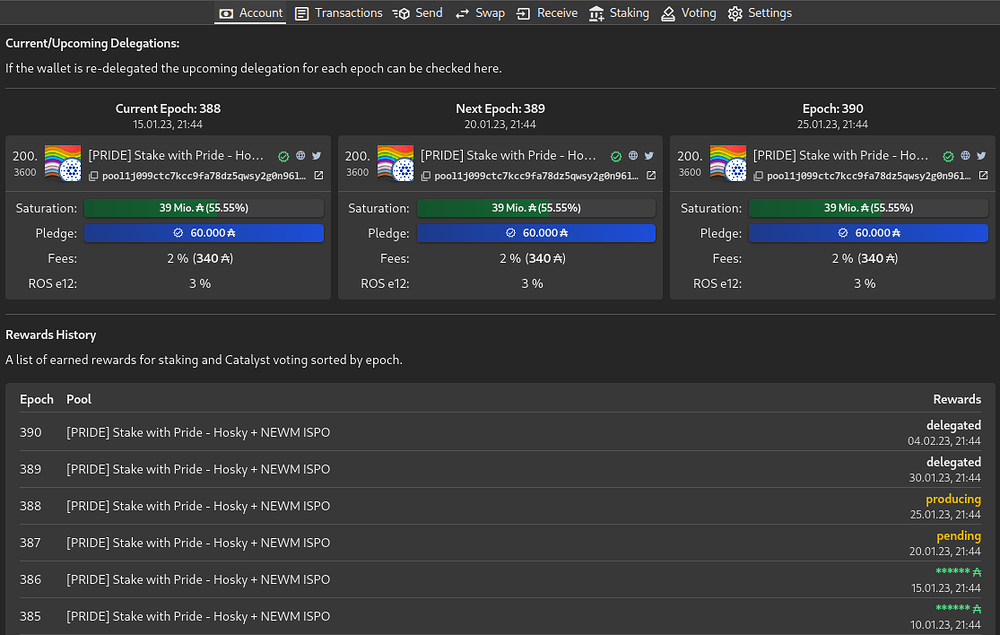 In Yoroi, the overview is much less informative, though: 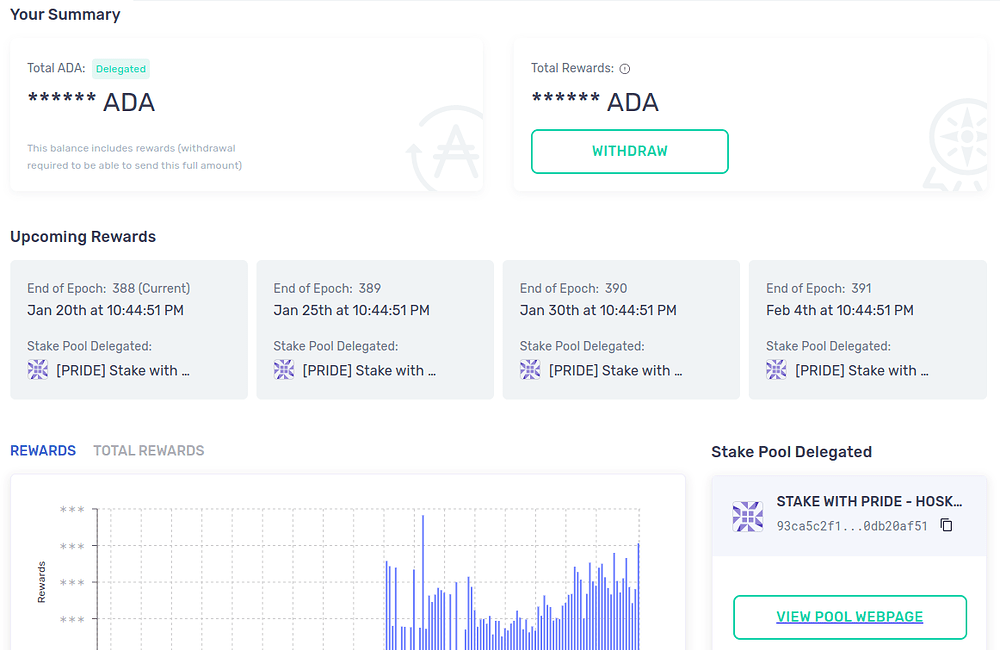 Poorly run pools, suddenly not producing blocks anymore are harder to notice. They might also just have bad luck for some time. But if you suddenly don’t get rewards anymore or ROS/APY drops rapidly, maybe consider a change.

Thank you for all the tips