I think it would be great if Cardano could support what I would call a ”verifiable address” . The idea is pretty straightforward.

Let’s say you have a businnes of some kind and you accept ada. You want to make sure that your customers send their coins to your address. You want to avoid scammers and typos.

The idea is that when you create your account you also sign it using a certificate much like what you have on Windows. If you want to start a program that requires admin privilege, windows will show a popup and part of it is blue if the program has been signed.

This is pretty similar to what happens when I pay something like an electricity bill. The bill goes through a clearing company and you enter what is known as a ”bankgiro” number in Sweden. It will show who gets the money.

If I transfer to an indidvidual, the bank won’t tell me who the owner is.

I guess that what I want to say is that it would be good if transfers could be done through a clearing company.

I would appreciate feedback on this idea.

Is there a place to be linked with developers to create possible dapps?

I am trying to reallocate to a new delegation pool. Every time I have tried over the last several days I am getting the below error message

Obviously, I want to get this done asap so any help that you can provide is greatly appreciated.

1a - why can´t there be a decentralised exchange where i can send my fiat currency to ?

2 - super concrete : i wrote a childrens book, I am not an artist and I can´t draw the illustrations. I don’t know how to market and sell the book. Can Cardano help me somehow in selling the text to others and asking 5% of sales price for every book ?

Why isn´t there some ´auto-staking´ ? I find it annoying to have to check regularly if you are still in a good pool…
A mathematical model that allocates all funds in optimal way over the required amount of stakepools. Maybe even auto-create stake pool option …

Can we setup a plug and play server that earns ADA and contributes to the network ?

You need to learn Haskell first. That’s the language of Plutus.

Guys,
I am little in pain now,
I see the initiative in new social platform “Cardano Clan”, but in all respect to your work and my love to Cardano, I see it will be probably another page dedicated to Cardano among many others on the internet.
It looks like we are still missing something, we have forum with 10 000+ users (maybe much more I don’t know), why don’t we put all together into one interactive platform?
The other thing which bothers me since I am here on the forum is that there are maybe only 10-20 regularly contributing people and this would be great opportunity to change it.
I think this is what we need to have, real community where you can enjoy talking with other people.

People could comment on news, but not only news we have really great people on youtube who are making interviews and podcasts in professional-like quality and they have only 300 views!

Also there are many useful tools on the internet regarding Cardano which many people are not aware of.

You know, we need to find ourselves, we have many great pieces and we need to put them together to become One!

There will be lot of things which could be done to make Cardano a living being, I think it would be enough to open up this topic to the community and we will be surprised to what new horizons this could take us.

Keeping all fingers on Vasil
All the best

I’m curious about something.

In Bitcoin & similar coins, you have a public key & private key.
With those, I can print my public keys & private keys to a piece of paper & send money to the public key, and reclaim money with the private key (cold storage).

I’d like to do that with ADA cardano. Is it possible?
Or do I only have Yoroi & Daedalus 24 word mnemonic seed phrase as my option?

As far as I know, the other cryptocurrencies have also mostly adopted the seed phrase approach to handling keys.

Simply because a seed phrase is easier to store, input, manage than a long string of letters and numbers. And because a lot of public/private key pairs can be derived from a single seed phrase.

You could just create a seed phrase wallet once, note down one or more of the receive addresses and the seed phrase and delete the wallet from the wallet app you used.

That’s not 100% secure, since the wallet would have been on a potentially compromised computer for that period of time. But it has the benefit that you could delegate that wallet while you set it up and then earn staking rewards, while not touching it and keeping it cold.

To be even more secure, you would do the generation on an air-gapped computer (where you could also sign a delegation transaction).

Also: There are a lot more – arguably better – wallet apps than Daedalus and Yoroi, now: 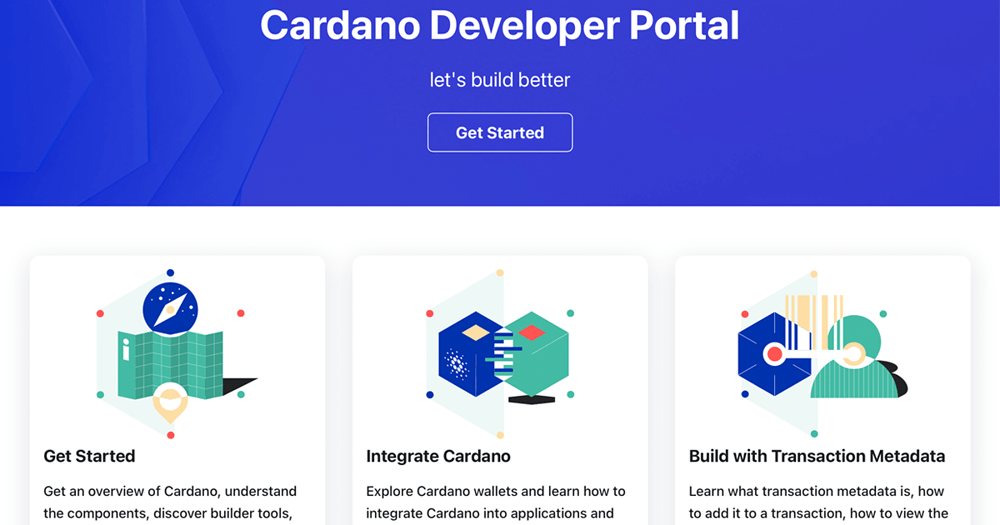 See the awesome projects people are building with Cardano

And one more warning: Yoroi has a paper wallet option, but I would not use that anymore. It generates a Byron wallet, which is out-dated for a couple of years, now, cannot be delegated and cannot be recovered in most wallet apps (and it even gets harder, more complicated in Daedalus and Yoroi).

Oukey. Thanks for taking time and answering my question with care : )
Could you tell what wallets do you use & why?

Could you tell what wallets do you use & why?

I have almost all of the others installed also and have my wallets imported into them to keep informed what and how they are doing. And to be able to sometimes answer questions about them.

Eternl shows a lot of detail – reward history, UTxOs, very detailed transaction view (also before signing it), … – and has some nice settings. You can choose between the “classical” generation of new addresses for each transaction and “single-address mode”, where only one address is used for all transactions. If you have a lot of tokens, you can activate “token fragmentation”, which makes sure they are distributed over outputs, so that transactions do not become too large. …

Can maybe be a bit overwhelming – some also say cluttered – but it’s a great tool for seeing/learning, what really happens on the chain.

And they have very good support via their Discord.

Oukey. Thanks for the advice : D
Will have to try Eternl for myself too ^^

Hi all, Just a beginner question -

Do we need to install a Virtual Machine to run a Cardano Node?

Do we need to install a Virtual Machine to run a Cardano Node?

No. You can run cardano-node on any computer that meets the minimum requirements. Roughly you need 16G RAM, 2 core processor and >100G hard disk (suggest 200G minimum).

But you can run cardano-node in a virtual machine if you want to. Just ensure your vm has those minimum requirements.

Hi everybody - question from a Cardano noob investor:

Just to be clear - I am not looking for investment advice. Rather, to be educated about interlinkages, mechanics, etc.

The Cardano community is most focused on solving the problems of creating the financial operating system for the world. To achieve these goals we need, amongst other things, stable coins and privacy. USDA will be a stable coin and Midnight will provide privacy of personal and commercial data.

Therefore both things will help Cardano achieve its goals to increase adoption of its technology thereby making the world a better place.